In the village of Jiangu in southwest Hebei, Wang Sanxiu is persuading visitors to try his tiger nut milk. The 61 year old points proudly to photos on the wall, explaining how he came to produce the liquid, which is a little sweeter than soymilk, from a crop of Cyperus esculentus he planted last year.

Not many people know about the milk of the tiger nut – which gets its name from its streaky surface – and so Wang tells everyone that not only do these tubers have a higher oil yield than soybean, but the rest of the Cyperus plant makes good livestock fodder too.

“I just happened to hear about it”, Wang says, “and I realised the whole plant is valuable, and could make up for China’s soybean shortage.”

The China-US trade war, which started last year, has created huge shortfalls in China’s soybean supply. Many people have been searching for solutions to the crisis, from soil-fingered Wang in the fields of Hebei to white-coated technicians at top universities.

“A lot of agricultural researchers are interested in the tiger nut at the moment. Universities want to send research students here for placements.”

As far as Wang is concerned the tiger nut is a miracle. After retiring from the construction industry last year, he set up Beijing Youzhili Agricultural Technology. In March 2018, his new company planted tiger nuts on almost 400 mu (27 hectares) of sandy rented soil in rural Hebei. For most of the year since, he’s been busy either in the fields or the storehouses.

China-US trade frictions worsened shortly after Wang planted his crop, with China announcing in April 2018 a 25% tariff on US soybean imports. When Wang saw this in the media, he knew he’d made the right choice. 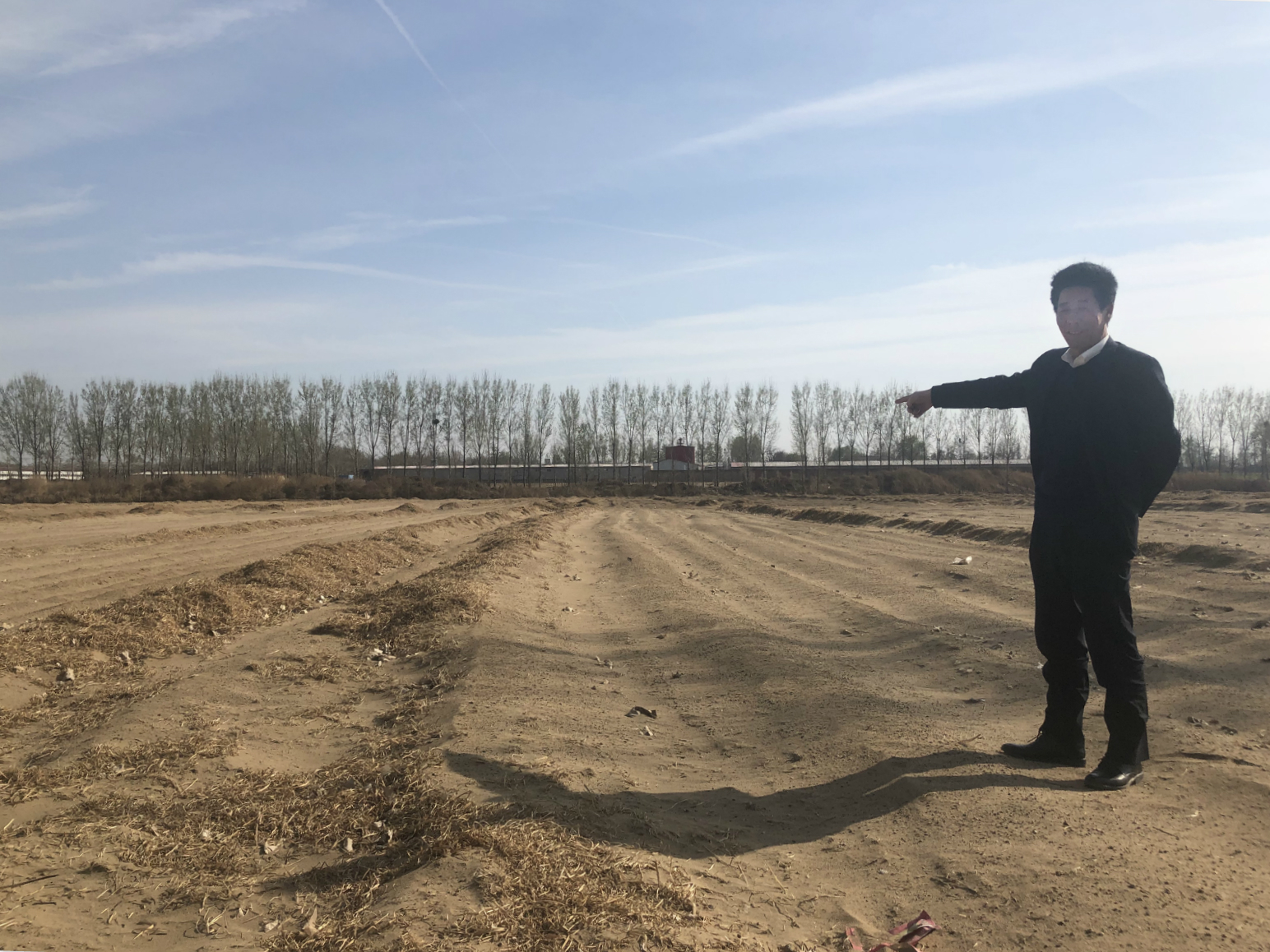 Soybean is the main ingredient in cooking oil and animal fodder, with tens of millions of tonnes of its meal powering the farms that send fish, meat and eggs onto the Chinese dinner table. Up to 1995, China was a major exporter of soybeans. But since then increasing consumption and the expansion of livestock farming has caused domestic demand to rocket.

Currently, over 85% of soybeans on the Chinese market come from outside the country. With more than 900 million tonnes imported in 2017, China is the world’s biggest importer of the crop, accounting for 65% of the global trade. About one third of those imports came from the US. But the trade frictions caused China’s 2018 soybean imports to fall for the first time in seven years, by 7.9% on the previous year, with a 49.4% plummet in imports from the US.

China is trying various methods to stabilise the market. It has been increasing soybean imports from South American countries such as Brazil and Argentina, thereby increasing deforestation. In 2018, 68.8 million tonnes came in from Brazil, up 15 million tonnes on 2017. It is also implementing “a soybean stimulus plan” at home, according to a key document issued by the government in February this year. That means expanding soybean planting, promoting new varieties, new technologies and mechanisation, as well as increasing subsidies for soybean farmers. An extra five million mu (330,000 hectares) of soybean and oil crops will be planted in 2019, according to an official statement.

The tiger nut is one oil crop with the potential to be a substitute for soybean.

Wang harvested 800,000 jin (480,000 kilogrammes) of tiger nuts last year, far more than he’d expected, and he now employs ten villagers to help with planting, weeding, picking, cleaning and packaging. He reports fielding daily phone calls from buyers after the autumn harvest. This year he’s planning to greatly increase his tiger nut plantation from 400 mu to 15,400 mu, by renting more sandy land near the city of Zhangjiakou in northern Hebei.

The tiger nut is not a wholly new arrival in China. Having originated in Africa and the Mediterranean, it first came to the country in 1952, courtesy of the Chinese Academy of Sciences’ Institute of Botany. The institute has favourably compared the quantity and quality of the oil of the tiger nut to that of the olive.

In November last year, the Ministry of Science and Technology’s Department of Rural Development held a seminar on innovation in the tiger nut sector, discussing how the tuber could reduce reliance on soybean imports. A number of provinces present said they would encourage rapid expansion of tiger nut planting to help the process along.

Some hail the tiger nut as the ideal alternative to the soybean, but others wonder if its benefits have been exaggerated by those who stand to benefit.

Cyperus esculentus has a chequered history. After a short-lived planting craze in the 1970s, tiger nuts rose to prominence again in the 1990s during a push for crop diversification. Back then tiger nut sceptic Xu Yuanlin was in his thirties, and working on a farm in Shaanxi that planted tiger nuts on 27 mu (2 hectares) of mudflats.

Because the plant looked very similar to a weed common on the mudflats, weeding was very difficult. And the tuber’s rough surface made it tricky to pull out of the soil. In the end, only 300-500 jin (180-300 kilogrammes) were harvested – nowhere near enough to compensate for the costs and labour involved. 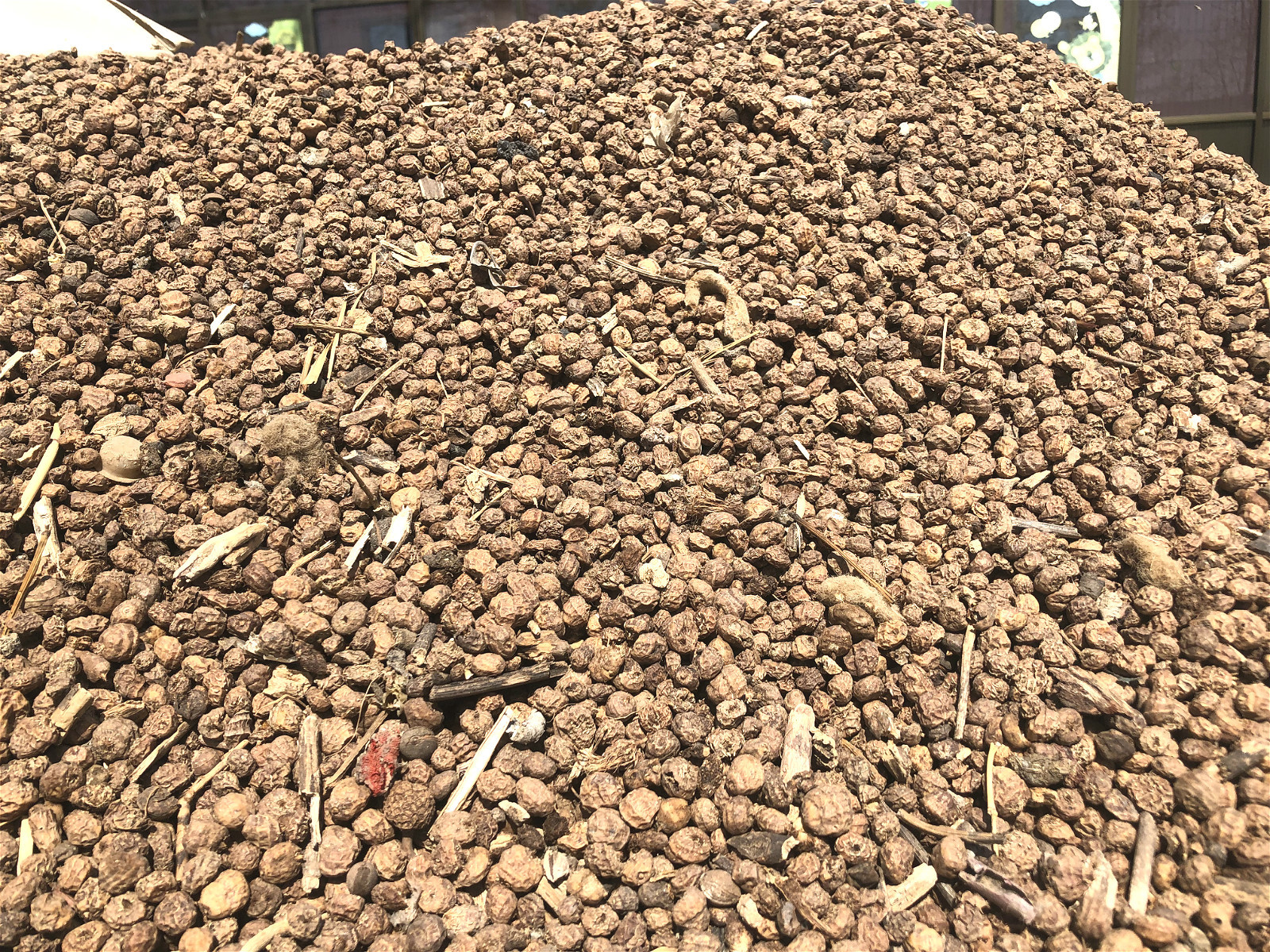 Xu decided he would never plant tiger nuts again. Yet it was six or seven years before the land was completely clear of the plant: it can sprout from its tubers and has roots which reach half a metre below the surface – miss a single fragment and it will return.

“If you’re planting oil crops, you’re better off with peanuts or sunflowers. They can grow in sandy soil just like the tiger nut, but the technology and the market is better developed,” Xu said. “Over-promoting tiger nut planting is just going to mean lots of farmers suffering losses.”

Despite Xu’s concerns, Wang Sanxiu remains confident: “Planting tiger nuts makes use of barren sandy land and helps enrich farmers. And as the technology develops, there’ll be no problems with output.”

A team at the Chinese Academy of Agricultural Sciences has been turning technology on the tuber itself. In January last year, after ten years of work, it announced the “Tiger Nut 1”. Produced by using radiation to increase desirable mutations, the crop has a reported net yield of 568 kilogrammes of nut per mu – several times Xu’s yield in the 1990s – and produces four times as much oil as the soybean, and twice as much as canola. Last August the same team announced the “Tiger Nut 2”, with a smoother surface for easy harvesting and a yield of up to 800 kilogrammes per mu.

Wang Sanxiu’s mission for the year is to develop the sector, by expanding the market for the tiger nut and its products. His mobile rings often, and he says there are suppliers, processors and agents from around the country asking about partnership opportunities.

In late March his company obtained licenses for producing products including tiger nut oil and a drink concentrate.

“The trade war with the US is still going on, and our tiger nuts can fill the gap left by soybeans,” said Wang.

“The problem at the moment is that people aren’t aware of the tiger nut. Sales aren’t going to be a problem once they know about it.”