The locals of Chiang Rai in northern Thailand describe their lives as “three days of fishing, two days of drying the nets”. They fish the river in the rainy season, then as the dry season approaches hang up their nets and plant crops. This is how their families have lived for generations, and they hope their children will enjoy the same life. But villagers are concerned projects along the Mekong, such as dams, improvement of navigational channels and new economic zones, will change the local environment and gradually upset their tranquil lives and traditions.

In the autumn of 2018 I joined reporters and researchers from China, Laos, Myanmar, Thailand, Cambodia and Vietnam on a visit to a proposed special economic zone on Thailand’s northern border. We wanted to see the role China is playing in the governance of the Mekong region, and how locals feel about China’s growing influence.

It’s our food, our income, our water

One of the communities we visited, Huai Luek, is in the northern Thai province of Chiang Rai. It is the last Thai village the Mekong passes through before reaching the border with Laos. Village head Thongsek greeted us in the hut used to discuss village affairs. He is the most respected member of the community, but is starting to worry about its future – mostly because of dams being built further upstream in China, where the river is known as the Lancang.

China has been building dams on the river where it flows through the country’s south-west since the 1990s, with a cascade of 60 dams and reservoirs now in use, 30 more under construction, and 90 proposed or in planning. The electricity generated is mostly used in China’s more developed eastern seaboard. 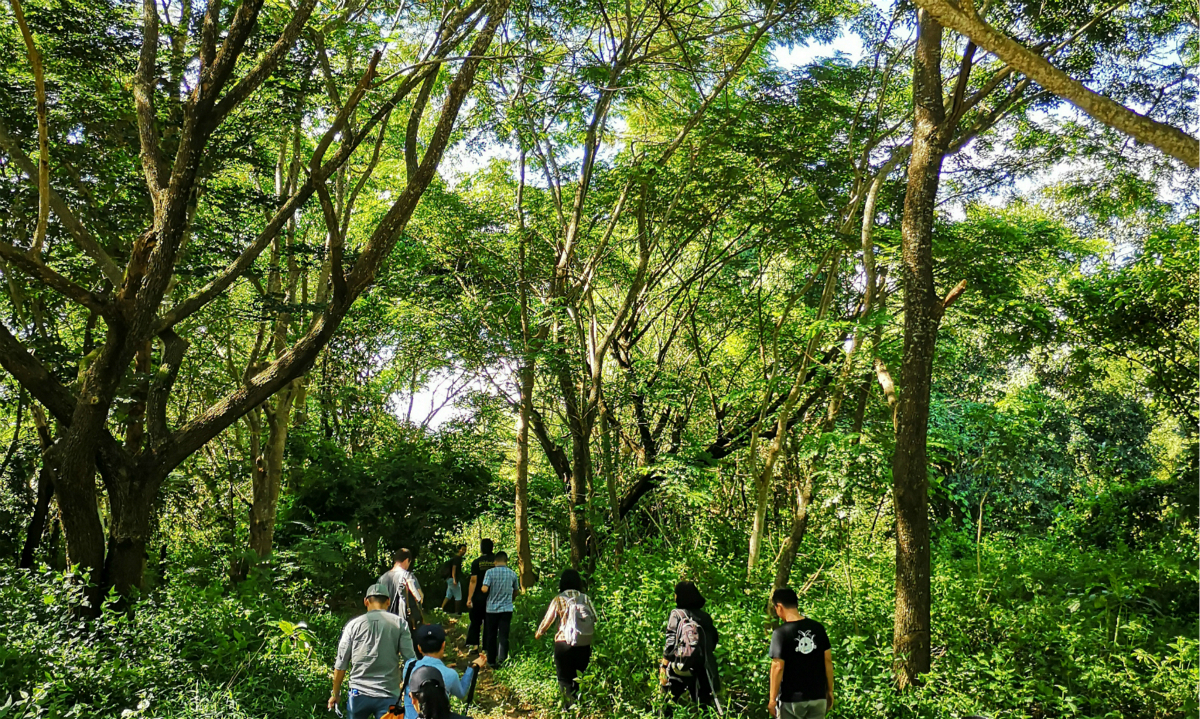 But back in Chiang Rai, Thongsek complained the dams hold back nutrient-rich sediment and reduce the catch of fish. The dam cascade also affects the natural hydrology of the river, with more water in the dry season and less in the wet season. Local claims have been backed up by published research.

“It’s not just the smaller number of fish we catch, there are fewer tourists coming as well. The Chinese dams have cut our incomes,” he said, sketching two lines on a piece of paper to show how water levels have changed since the dams were built. The line representing water levels before the river was dammed is steep, with a clear difference between the two seasons. The other line is flatter.

“Isn’t it better if water levels are more regular?” I asked.

“For shipping, maybe,” he said, “but not for fishing.” The annual floods have sustained the Mekong ecosystem for thousands of years, and are critical for fish production and floodplain agriculture.

We leave the hut to visit some fishermen. September is still the rainy season here and our small boat makes slow progress as the river winds through the tropical rainforest. Steering the boat, villager Phongsee Sriattana told us that local needs have been overlooked. “When China wants to send shipping downstream, it releases water. When it doesn’t, it keeps the water in the reservoirs.”

A friend in need?

China’s stated attempts to be helpful haven’t been appreciated. The Mekong region was hit by a drought in March 2016, and from March 15 to April 10 Chinese authorities ordered emergency releases of water from the Jinghong dam in Yunnan, to ease the situation in Laos, Myanmar, Thailand, Cambodia and Vietnam. But the villagers of Huai Luek didn’t see this as beneficial. Thongsek explained that water levels were no lower than normal in the dry season, which along with the wet season is an essential part of local life. The villagers were also not informed in advance the water would be released. “The government and investors haven’t fulfilled their duties to inform us of what is happening when dams affect our lives and work,” Thongsek said.

We lost 80% of our fishing income from the Mekong

Thongsek told the reporters and researchers that villagers had calculated the impact of the dam on fishing, the land, ecosystems and tourism, as well as possible pollution. “We lost 80% of our fishing income from the Mekong, with some fishermen forced to turn to agriculture or leave the village and take poorly paid factory jobs,” he said.

Local communities are also worried about the second stage of a project to improve navigation and boost shipping capacity on the Mekong. This falls under the remit of the Lancang-Mekong Cooperation Mechanism – a regional body set up by China in 2015 to encourage sustainable development and mutually beneficial cooperation with other nations on the Mekong.

In December 2016 the Thai cabinet approved a 2015-2025 plan to develop shipping on the river. The research, surveying and design for the plan is currently underway. The Chinese-funded project will dredge riverways to allow ships up to 500 tonnes, an increase on the current 200 tonnes, to travel from Yunnan to Luang Prabang in Laos.

Niwat Roykaew, chair of the Rak Chiang Khong Conservation Group, is strongly opposed to the dredging scheme, saying that destruction of rapids will affect the spawning of many important fish species, as well as other aquatic life reliant on those fish. 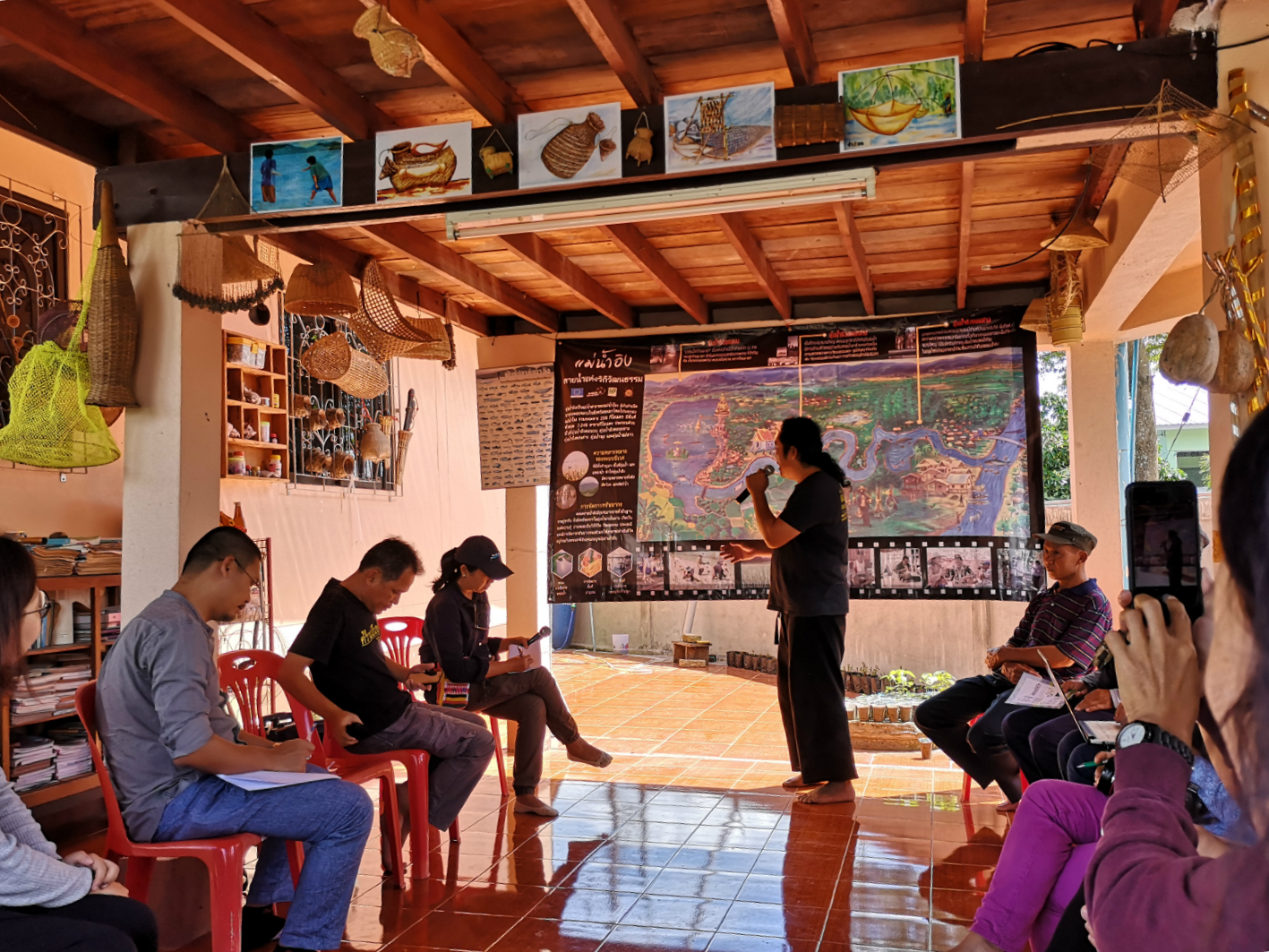 A member of Rak Chiang Khong Conservation Group gives a talk on how dams affect the diversity of fish (Image: Feng Hao)

Niwat, a thin grey-haired man, gave us a presentation on fish I’d never heard of: when they spawn and migrate, why they are important and why they are in danger, and how fish numbers have become unpredictable.

I asked Pianporn Deetes, Thailand and Burma campaign director for International Rivers, if there was scientific research or data to show that dams and destruction of rapids had reduced fish populations.

“It’s mostly local wisdom,” she said. “But with Thai government leaders paying more attention to development, it’s getting harder for local voices of opposition to make themselves heard.”

The area we visited falls within the planned Chiang Rai Special Economic Zone. Chiang Rai is 785 kilometres from the Thai capital, Bangkok, and has many popular tourist spots as well as forestry, agriculture and fishery resources. It neighbours Laos and Myanmar, and travel to China is easy. The Thai government hopes the area can become an economic hub for the Mekong region. According to Suebsakun Kidnukorn, a researcher at Mae Fah Luang University in Chiang Rai, the government is planning to implement investment and funding measures to attract foreign capital and export-led businesses, including tax breaks. There will also be a one-stop service provision to accelerate project approval, which could take as little as 40 days. Work permits for foreigners could be issued within a day.

The Thai government welcomes Chinese investors and hopes to set up an economic cooperation zone with China. And for China, the Mekong nations are at the forefront of the Belt and Road strategy. China has been planning a free trade zone stretching from Mohan on Yunnan’s southern border to Chiang Khong in northern Thailand, to provide beneficial terms for border trade and explore cutting-edge fields such as cross-border e-commerce.

As far as the governments are concerned, the outlook for the area is bright. But local communities disagree. Opposition from local groups, including environmental organisation Rak Chiang Khong, have put plans for the special economic zone on hold. Locals worry that the preferential terms offered by the government to attract businesses will lead to the destruction of precious wetlands, cause huge environmental damage – and not bring them any real benefits.

Locals believe the so-called special economic zone is being driven by government and investment, while their own voices – the people who should have the greatest say over their own land – are being ignored. Young people who have returned to the area after working in Thailand’s other special economic zones describe how factories have been built over wetlands, making traditional lifestyles impossible and forcing people to take factory jobs. The locals do not want to see that happen to them. 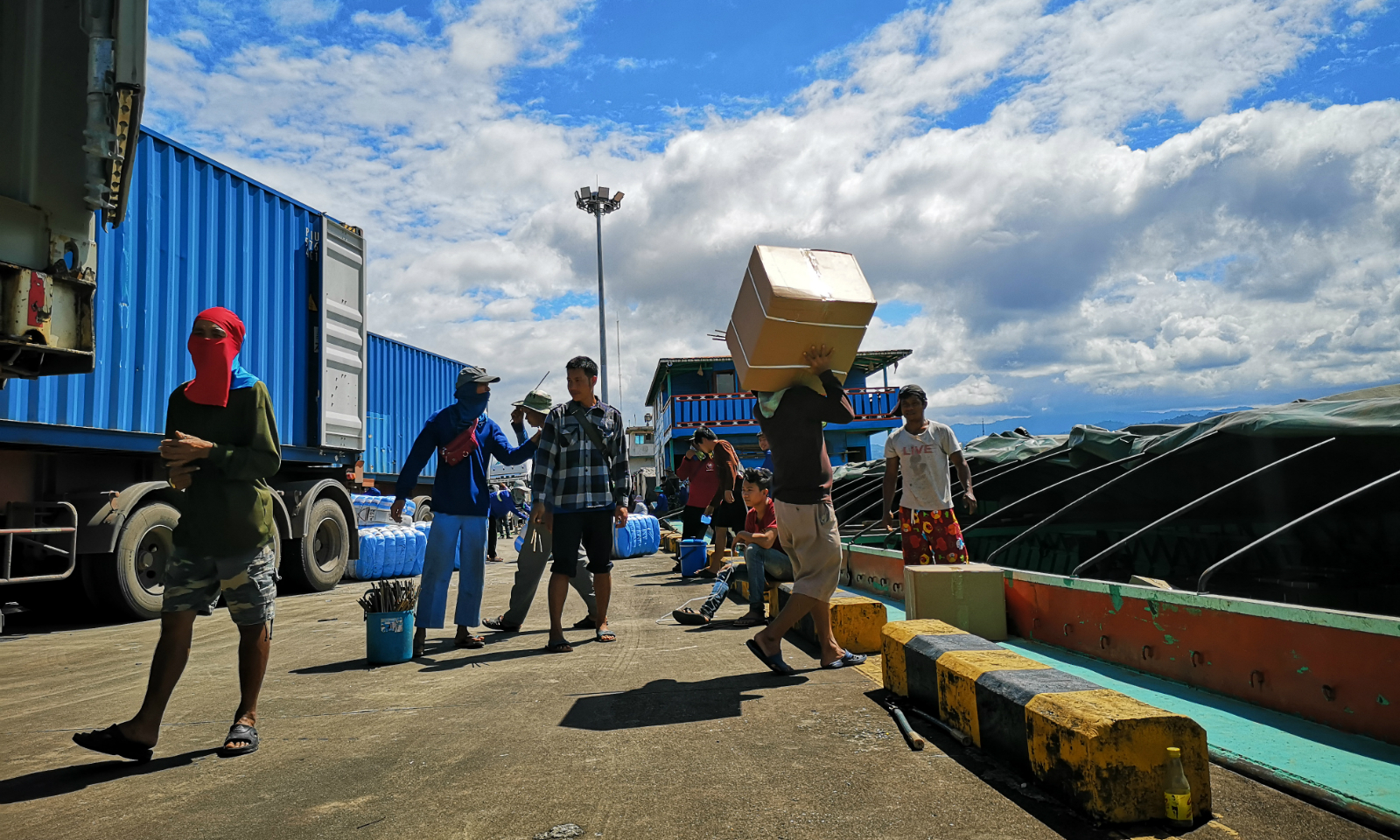 A ship from Laos carrying tobacco unloads at Chiang Saen Port. China wants to build a river channel to allow ships up to 500-tonnes to travel from Yunnan province in China directly to Luang Prabang in Laos (Image: Feng Hao)

Before returning home, we visited the Golden Triangle, where the borders of Thailand, Myanmar and Laos meet. The region was once infamous for opium production, but today thousands of tourists visit the opium museum and take pictures where the three borders meet.

A huge amount of investment from China and other countries, along with the government’s special economic zones, bring the possibility of development to Mekong communities. But what about the lifestyles and traditions of these communities? How can China exert its influence but also respect local needs?

China will become more involved in international affairs as its economy develops. And international cooperation relies on trust to achieve constructive outcomes. Faced with these challenges, the first step for Chinese companies and investors is to enter into a dialogue of equals, because any cooperation where there is a clear winner and loser will be unsustainable. This will be difficult given the power imbalances between governments, and between investors and communities. But unless local peoples’ needs are listened to and properly considered, more development projects will be stalled by opposition and protests.

Since returning to China one scene from Chiang Rai has often come to mind. Local environmental activists turned out to greet us, wearing T-shirts bearing their slogan: “The Mekong is not for sale!”