Peña Nieto quit the country amid complaints by President Donald Trump that the 24-year old trade bloc, which also includes Canada, had disadvantaged workers in the United States and created a trade deficit with Mexico. Analysts interpreted Peña Nieto’s trip to participate in an emerging economies forum at the Summit as a pivot away from its noisy northern neighbour.

And relations with China are rosy, according to Qiu Xiaoqi, the Chinese ambassador to Mexico.

“They [Peña Nieto and President Xi Jinping] have reached a consensus on the development of a pragmatic cooperation between our two countries,” Qiu told Mexican newspaper Excelsior recently. Qiu’s counterpart, José Luis Bernal Rodríguez, said the relationship was enjoying its “best moment in history”.

As NAFTA negotiators make few advances ahead of the next round of talks in Mexico starting February 25, Mexico would do well to address long-standing social and environmental problems in its bilateral relations with China, experts say.

There is no problem with the formal aspects of the Mexico-China relationship, according to Enrique Dussel Peters, director of the Centre for China-Mexico Studies at the National Autonomous University of Mexico (UNAM). However, he warns that China is not a panacea should the US ditch NAFTA.

“China will not solve Mexico´s problem with the Trump administration,” he says.

80% of Mexico’s exports go to the US, whereas China accounts for little over 1%

A major reason for this is because 80% of Mexico’s exports go to the US, whereas China accounts for little over 1%. Furthermore, exports to China have declined in absolute terms in the past five years. Unlike many countries in Latin America that have large primary sectors, two thirds of Mexico’s exports are manufactured goods.

Mexico does not have the same potential to export agricultural and extractive industry products as Brazil, Argentina and Chile, which have benefitted from a growth in exports during China’s “boom” years, Dussel Peters says.

Dussel Peters adds that despite the positive rhetoric, neither China nor Mexico has managed to tackle the main issues that have generated “massive tensions” in the past decade. These include trade, foreign direct investment (FDI), infrastructure projects, tourism and visas.

Infrastructure and construction projects have strained China and Mexico relations as much for irregularities in tendering processes as their social and environmental impacts. 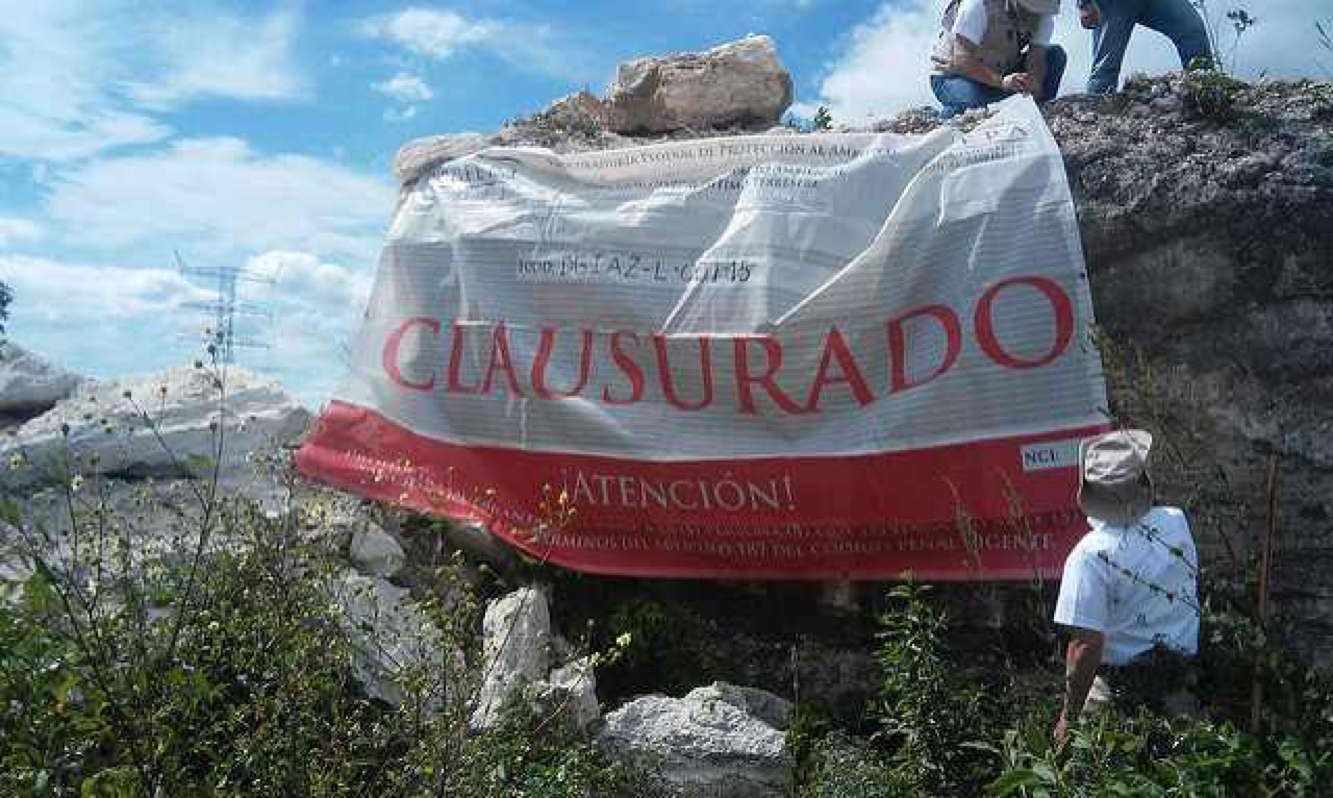 Lost jobs through trade with China is also an urgent problem for Mexico.

According to research by Dussel Peters and the International Labour Organisation (ILO), Mexico lost over half a million jobs between 1995 and 2011 through trade with China – the worst hit of any Latin American country. Brazil was the biggest winner, with 1.35 million jobs created in the same period.

“It’s nowhere,” Cisneros said when asked by Diálogo Chino what the government’s focus is.

Mexican companies – the majority of which are small and medium-sized enterprises (SMEs) – may hope for a share of overseas markets but lack the resources and knowledge to assert themselves internationally. This is particularly the case when approaching “culturally and geographically distant” countries like China, Cisneros adds.

As NAFTA hit the ropes, China expressed a willingness to enter into a free-trade pact with Mexico.

“If we negotiate a free-trade agreement, this will greatly favour trade exchanges between our two countries. There is no difficulty from China’s side,” Reuters reported Qiu as saying.

Cisneros disagrees. As well as hurting Mexican SME’s, the environmental standards required by China’s free trade pacts are usually lower than those Mexico agrees to, he says.

However, compliance with such standards is an issue of implementation and only where authorities impose proper sanctions can they be demonstrated.

Elsewhere in Latin America, the weaker enforcement of environmental laws and licensing has been associated with countries trying to attract foreign investment or expedite infrastructure projects.

According to a study by Boston University, trade is an important vehicle in determining environmental and climate impacts. As countries such as the US embrace economic protectionism, the report tackles some of the lesser-addressed aspects of the global free-trade model China now finds itself championing.

“The prevailing model of trade and investment treaties is largely incompatible with the world’s broader climate goals,” the report says, pointing to its effects on increasing greenhouse gas emissions. It adds that free-trade rules can undermine climate policies and impose limits on government regulatory authority.

The report says the scale of trade (which often grows when economies liberalise), its composition, and “techniques” (the way certain resources are extracted or produced) determine the levels of pollution in productive sectors. Increased emissions through transportation including trucking, shipping and aviation are also a factor.

“Reducing trade barriers in all goods and services regardless of their climate impacts – as in the case of oil and gas exports – only further accentuates current patterns of economic activity that contribute to climate change,” the report says.

Mexico recently enacted a historic reform of its energy sector, opening-up the market to new oil and gas concessions for foreign investment for the first time in 80 years.

China National Offshore Oil Corporation [CNOOC] snapped-up two of eight blocks for an estimated US$1.2 billion. The Mexican government will auction a further 29 blocks in the near future, with CNOOC expected to bid alongside other Mexican, US and European firms.

Trade and investment could more closely align with broader climate goals if it restricted global flows of carbon-intensive goods and services, the Boston University report says.

At the same time, it suggests free trade policies that help promote “climate-friendly exchanges” by reducing tariffs on low-carbon products and accelerating the movement of capital for greener investments.

The Mexican constitution limits presidencies to a single six-year term so Peña Nieto will leave office after elections in May. The media has focused on NAFTA’s problems and growing ties with China as Mexico prepares to go the polls.

Frontrunner Andrés Manuel López Obrador, a left-wing former mayor of Mexico City, is said to support the continuation of the tripartite trade agreement, but wants a better deal for Mexico. AMLO – as López Obrador is widely known – has also said he wants to revise the new energy contracts.

Dussel Peters says that while NAFTA was not expected to be a big campaign issue when Trump took office, a lot has changed.

“As a result of the Trump administration´s strategy, the renegotiation will become a hot topic,” he says.

This article is republished from Díalogo Chino