After five years of difficult negotiations, a group of 24 countries plus the EU have agreed to establish a 1.55 million square kilometre marine park in an area of the Antarctic’s Ross Sea.

The Ross Sea marine park will come into force in December 2017 and will include a "no take" fishing zone that covers 72% of the reserve – over one million square kilometres. The agreement will also establish a krill research zone, in which some fishing and krill harvesting will be allowed for research purposes.

The historic agreement was reached at the annual meeting of the Commission for the Conservation of Antarctic Marine Living Resources (CCAMLR) in Hobart, Australia, after two weeks of discussion.

The Ross Sea is a large bay of the Southern Ocean in Antarctica that is approximately 320 kilometres from the South Pole. Unlike marine parks that are located in countries’ exclusive economic zones, protecting the Ross Sea, which lies in international waters, required a multilateral agreement between countries.

Andrew Wright, CCAMLR executive secretary, said: "A number of details regarding the MPA [marine protected area] are yet to be finalised but the establishment of the protected zone is in no doubt.”

He added: "This decision represents an almost unprecedented level of international cooperation regarding a large marine ecosystem."

The protected area will be the largest reserve in the world and is seen as a major success for multilateral efforts to maintain the health of the world’s oceans.

“This landmark decision represents the first time that nations have agreed to protect a huge area of the ocean that lies beyond the jurisdiction of any individual country,” said Andrea Kavanagh, director of Antarctic and Southern Ocean work for the Pew Charitable Trusts.

The Ross Sea is “one of the last pristine oceans left on Earth,” according to Kavanagh, and this large area of the Southern Ocean provides important breeding and foraging grounds for a number of species.

Years in the making

The original proposal laying out the scientific basis for a Ross Sea marine protection area was put forward by the United States and New Zealand in 2011. China and Russia were previously opposed to the proposals and consistently questioned the justification for closing large areas to fishing.

Claire Christian, director of the Antarctic and Southern Ocean Alliance, said: “They [Russia and China] prevented the negotiations from progressing and blocked the consensus necessary for decision-making. To obtain their support, the Ross Sea proponents had to make significant changes to the proposal. For China, this meant that proponents added a krill research zone, and for Russia, it meant that a duration would need to be negotiated.”

The final agreement reached in Hobart has a sunset clause after 35 years so it will need to be renewed. The lack of permanence means the marine park does not meet the definition of a marine protected area as set by the International Union for Conservation of Nature. In addition, countries must also establish a monitoring and assessment plan for the new marine park.

Several high level bilateral meetings have taken place in recent years to help broker the agreement, including between president Obama of the United States and president Xi Jinping of China. There were also discussions led by the US State Department with China and Russia.

“Private country-to-country negotiations played a really strong role in getting both countries on board. So it’s difficult to say whether the Ross Sea decision will be a precedent for other decisions,” said Christian.

She added: “One of the main issues that emerged during MPA discussions was that countries have very different interpretations of the Convention. This is likely to continue to be an issue in discussions on other MPAs until all CCAMLR countries are on the same page.”

Although the agreement is an important step forward for global marine conservation, other proposed marine reserves face the same major obstacle: balancing the tension between countries’ interest in exploiting marine resources and protecting critical ocean habitats.

Karen Sack, managing director of Ocean Unite, an organisation which promotes ocean conservation, told chinadialogue: “A number of countries, including China, are very interested in exploiting greater quantities of Antarctic krill for their oil and for aquaculture feed. The entire Antarctic food chain revolves around krill which are a critical building block for the diverse species from whales, to penguins.”

“The Southern Ocean in turn provides the primary productivity that feeds the world’s great ocean currents which run up the coasts of Latin America and Africa on which millions of people are dependent for food and livelihoods.”

She added: “While China may view the exploitation of krill as something that is in its short term interest, keeping a tight cap on krill fisheries and establishing more marine reserves to rebuild or bolster the health of these ecosystems is what would be in their longer term interest.” 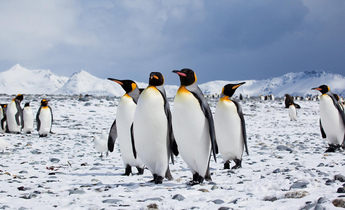 Proposed reserves in the Antarctic have prompted accusations of a big-power carve up, but the critics have got it wrong, writes Chen Jiliang

A deal to create the world's largest marine sanctuary to safeguard wildlife from fishing fleets has failed, with China reported to want to keep fishing rights.

As the UN General Assembly convenes, the crisis in the world's oceans needs urgent action

Overfishing is a potential environmental disaster on a global scale, and China’s role in it is expanding

Large parts of the oceans around Antarctica should be turned into marine reserves to protect the rapidly declining biodiversity on the continent, an environmental group said on Wednesday.