China has overtaken Europe to become the world’s biggest producer of wind power after its domestic sector grew by 60% last year.

"Wind power is leading the charge in the transition away from fossil fuels", said Steve Sawyer, Secretary General of GWEC.

"Wind is blowing away the competition on price, performance and reliability, and we're seeing new markets open up across Africa, Asia and Latin America which will become the market leaders of the next decade,” he added.

The Chinese government's drive for clean energy is motivated by the need to reduce its dependence on coal at a time when heavy industry is slowing down, and when the choking smog that shrouds China’s cities is causing a national healthcare crisis.

In 2015, the world’s wind power industry grew by 22% year-on-year, following the installation of over 63 GW of new capacity. Chinese wind energy accounted for 30.5 GW, almost half of the global total. 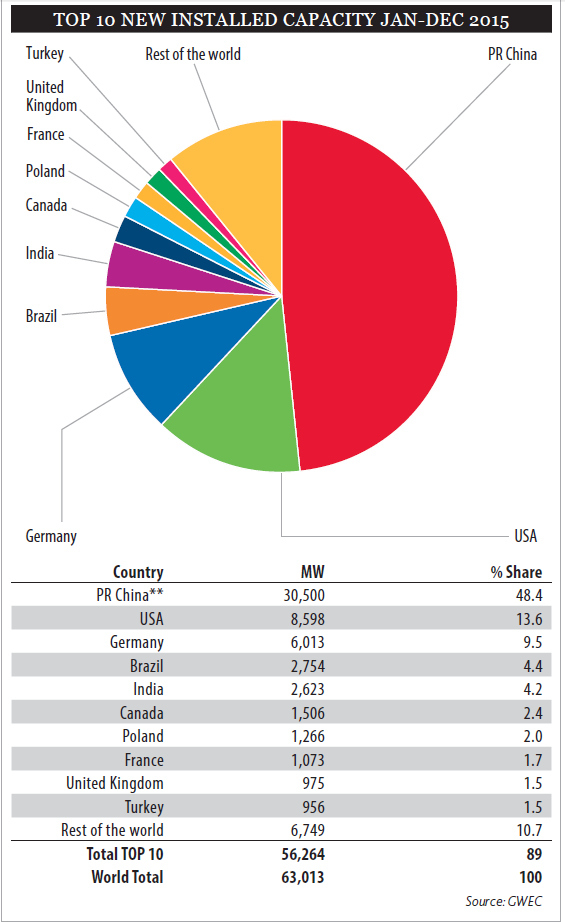 (With thanks to GWEC for producing these graphics. Full report can be found here.)

The US sector reached 8.6 GW. Meanwhile, Germany led in Europe, with a record 6 GW of new installations, including  2.3 GW offshore. Germany’s total global capacity reached 43.2 GW at the end of 2015, representing cumulative growth of 17%, one of the highest seen by any country.

Elsewhere in Asia, India added 2.6 GW, overtaking Spain into fourth place in terms of cumulative capacity, after China, the US and Germany.  Japan, South Korea and Taiwan also increased their volume of wind power. 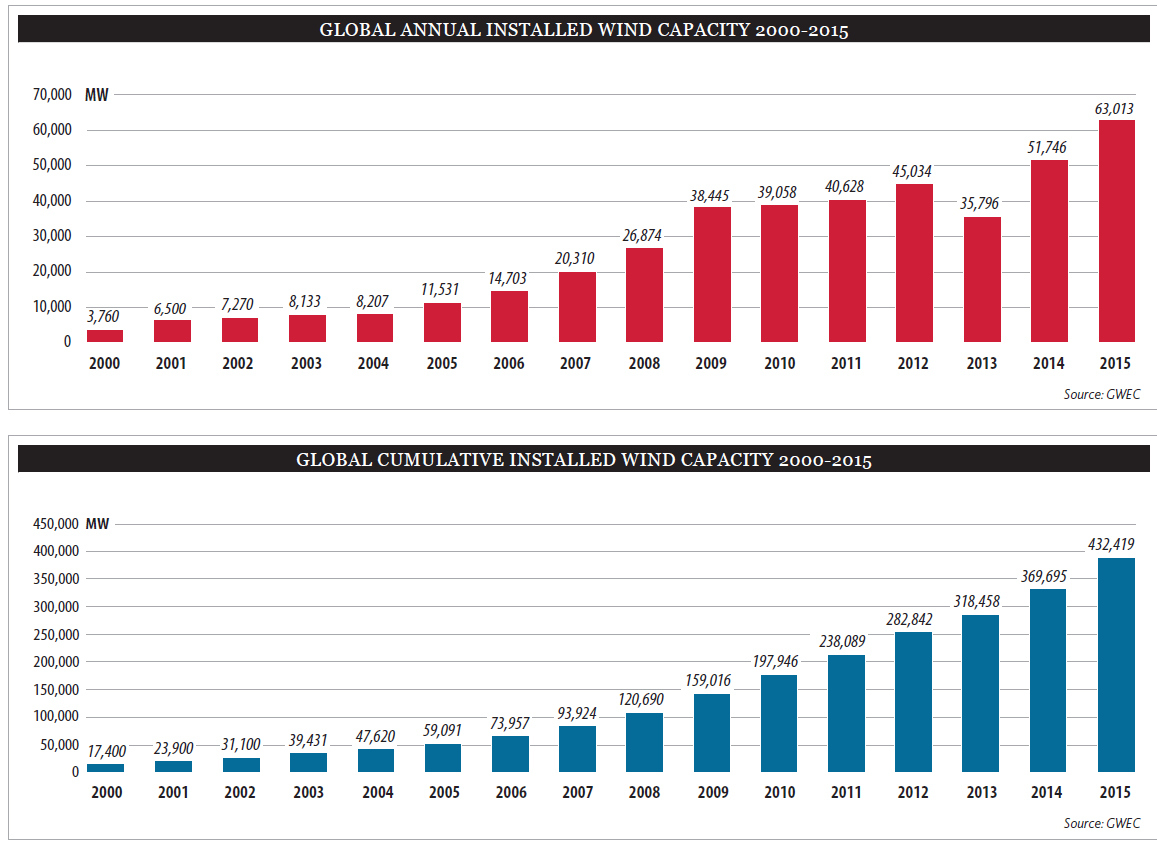 Despite the growing contribution of wind to the energy mix, China's power generation is overwhelmingly reliant on coal.

And even though China has more wind capacity than any other country, much of its potential is unused because of grid problems, which include preferential access for coal-fired power to the grid and delays in building new infrastructure.

Keep on China and you will become energy-independent! 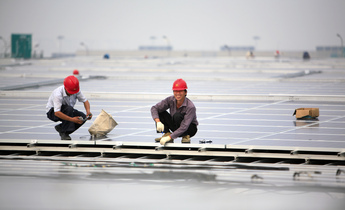 China’s coal-dominated electricity output has dropped for the first time in 50 years. Li Ying examines the reasons why 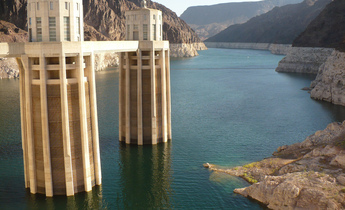 Governments and the energy industry need to plan for the impact of climate change on power plants, says new research from the International Institute for Applied Systems Analysis 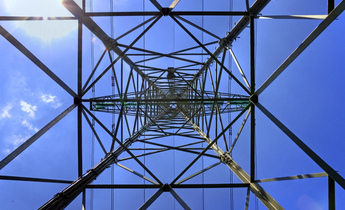 China’s west tries to harness more of its wind power

China has more wind capacity than any other country, but much of its potential is unused because of grid problems, writes Yu Jie 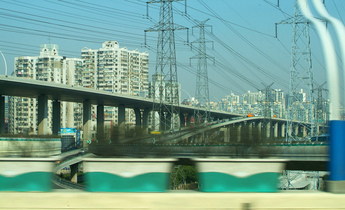