As thousands die from heatwaves and flooding, climate scientists explain what’s behind the weather’s ‘new norm’

This summer will be remembered for its record-breaking heatwaves and other extreme weather events around the world that have resulted in thousands of deaths. For some people, it’s also the moment they accepted that extreme heat will become more common as the climate changes.

A summer of extremes

In Greece this week, wildfires killed over 80 people. The incredibly dry summer turned brushwood and cones to tinder. Gale force winds up to 124 kilometres per hour fanned the flames, such that they were “changing direction on a minute-by-minute basis”.

The UK is better known for its wet summers but fire services have been stretched by a record number of blazes caused by high temperatures. In July, the House of Commons Environmental Audit Committee warned that, “There will be 7,000 heat-related deaths every year in the UK by 2050 if the Government does not take action.”

Is climate change to blame?

“Studies that have separated the role of human-caused climate change from natural cycles show that the risk of heatwaves has more than doubled due to climate change so far in large parts of the world,” says Corinne Le Quéré, professor of Climate Change Science and Policy at the University of East Anglia.

Climatologists have been emphatic that in the future heatwaves will grow more frequent and intense.

“We know that the planet has warmed by around 1 degree Celsius since pre-industrial times, and we know that if you add that heat to the system it is very likely heatwaves will be more extreme,” says Grahame Madge, spokesperson for the UK’s Meteorological Office.

However, scientists have offered other detailed explanations for the weather.

Dr Marie Ekström, research fellow in climate change impacts at Cardiff University, attributes the changes in Europe’s weather to a weakened jet stream, which influences the weather on the surface.

“What we are experiencing now is a very weak flow in combination with a high pressure system over central Europe. The high pressure system is blocking weather systems from the Atlantic, pushing them northward rather than allowing them to move eastwards towards Europe,” she says.

Clare Nullis of the World Meteorological Organisation (WMO) also points to the warming of ocean currents. “This is the hottest La Niña year to date on record.”

Countries have appeared underprepared despite knowing extreme heat was coming.

Paulo Ruti of the WMO, for example, says that the recent weather patterns are broadly in line with forecasts of how rising emissions would affect the climate, such as that by the Intergovernmental Panel on Climate Change.


To conclude. Real time attribution of increasing heat waves to human climate change is solid. This has been predicted, and predictions are playing out. Same with reductions in cold snaps and increasing intensity of precipitation. Everything else (IMO) is a work in progress.

Heatwaves cooking up a storm

Extreme heat can also trigger other weather events, such as super storms, tornadoes, floods and fires.

According to the World Resources Institute, a global research organisation that promotes sustainability: “Climate change also warms oceans, adding energy that can fuel coastal storms. Compounding this, a warmer atmosphere can hold more moisture, so there can be more moisture for storm systems, resulting in heavier rainfall.”

Vietnam has experienced a series of storms. Last month heavy rains caused flash floods and landslides that killed 24 people. This week the tropical storm Son Tinh made landfall, resulting in a further 27 deaths. India has endured floods in 12 states this summer, killing thousands, damaging over 55,000 homes, and decimating over 81,000 hectares of agricultural land.

Heavy rainfall in southern China has also led to severe flooding, causing the Yangtze River and many of its tributaries to overflow, killing dozens and forcing millions more to evacuate.

Extreme weather may create a cascade of related pressures – drought, the lose of infrastructure and agricultural land – but when events occur in conjunction or sequentially recovery systems become overwhelmed.

“Any time major fires burn large expanses of land, heavy storms bring an increase in flooding, mudslides and debris flows in and near the burn scar,” says Ken Clark meteorologist at Accuweather, a US weather forecaster.

In Japan, flooding and landslides killed 222 from late June to mid-July. This was followed by a severe heatwave, declared a natural disaster, that killed 30 more and hindered ongoing rescue and recovery efforts.

The extreme weather of this summer shows why acting on climate change is so important.

As professor Le Quéré concludes:  “Limiting climate change to well below 2 degrees Celsius would considerably reduce the changes in heatwaves. Nevertheless, the average changes observed so far will persist for centuries.”

China
Temperature reaches 40.3 degrees Celsius, highest in 50 years. Millions are affected by flooding of the Yangtze in southern China due to heavy rainfall

Hong Kong
Hottest May since records began in 1885

Spain
A mini-tsunami hits the coastline off Majorca and Menorca, caused by ocean weather fluctuations

Sweden
International aid from Italy and Norway sent to battle wildfires, some beyond the Arctic Circle.

Victor Yip is an editorial intern in chinadialogue's London office. 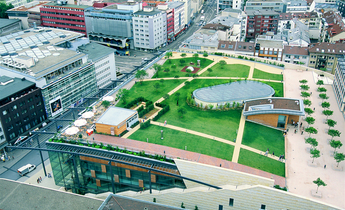 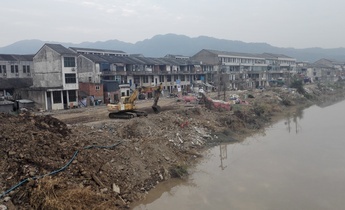 Battered by typhoons and flooding, Pingyang county in Zhejiang shows why adaptation to climate change is urgently needed, writes He Linlin 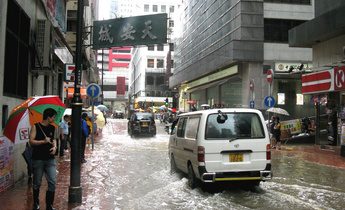 Bracing for the flood in Hong Kong

Hong Kong is striving to adapt to a changing climate and the increased risk of flooding, writes Sylvia Chang 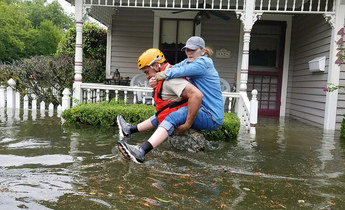 Urgent reform of the way the US prepares and pays for floods is needed, writes Tan Copsey 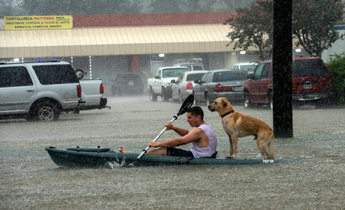 Do we need a new category for hurricanes?

As hurricanes get more severe it may be time to introduce a ‘category six’, writes Sally Brown 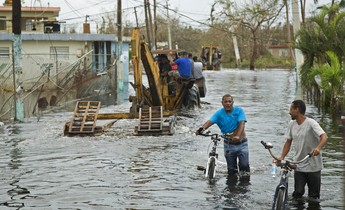 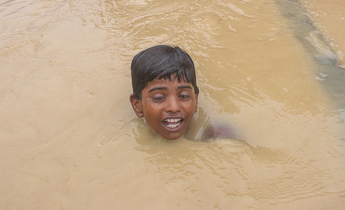 Over the past month, 1,200 people have died in the worst rains and floods to hit South Asia in recent years