The decision taken in Kigali to phase out HFCs can help avoid a 0.5°C rise in global temperatures by the end of the century, writes Amitabh Sinha

Less than a year after finalising the historic Paris Agreement, countries have wrapped up another major deal to fight climate change. On October 15, an amendment to the ozone-saving Montreal Protocol was authorised that could prove crucial in keeping the rise in global temperature to within two degree Celsius of pre-industrial times.

Negotiators sat through the night on Friday at the newly-constructed convention centre in the Rwandan capital Kigali, to finalise the amendment that will allow the Montreal Protocol to eliminate a set of hydroflurocarbon (HFC) gases that, whilst not ozone-depleting, are hundreds or thousands of times more dangerous than carbon dioxide in causing global warming.

The amendment will ensure the elimination of almost all HFCs by 2050. This single measure is estimated to avoid about a 0.5 degree Celsius rise in global temperatures by the end of the century.

"Last year in Paris, we promised to keep the world safe from the worst effects of climate change. Today, we are following through on that promise. This is about much more than the ozone layer and HFCs. It is a clear statement by all world leaders that the green transformation started in Paris is irreversible and unstoppable," said Erik Solheim, executive director of the UN Environment Programme.

HFCs are gases used predominantly as coolants in the air-conditioning and refrigerant industry. Globally, they account for only about 5% of greenhouse gas (GHG) emissions but their use is growing faster than other GHGs, especially in developing countries such as India. At an average global growth rate of about 10% per year, HFCs would account for an estimated one-fifth of all GHG emissions by 2050 if unrestricted use were to continue.

Recognising that HFCs need to be eliminated quickly, countries have focused for a number of years on using the Montreal Protocol mechanism to phase them out instead of the Paris Agreement, which was still in the making. The legally-binding Montreal Protocol on Substances that Deplete the Ozone Layer is considered to be the most successful environmental agreements reached so far, having phased out 98% of all ozone-damaging chemicals in just over 25 years.

The amendment finalised in Kigali is expected to be similarly effective in stopping the use of HFCs over the next 30 years. Estimates show that the amendment will avoid emissions equivalent to 70 billion tonnes of carbon dioxide from 2020 to 2050, or more than 2.3 billion tonnes of carbon dioxide equivalent annually. This is like shutting more than 750 coal power stations of 500 megawatts.

The Kigali Amendment to the Montreal Protocol will ensure that at least 85% of all global HFCs will be eliminated by 2047. This timeline is much shorter for developed countries, which need to phase out 85% of their HFC production and consumption by 2036 based on 2011-2013 levels. One group of developing countries that is the biggest producer of HFCs, and which includes China, must reduce usage 80% by 2040 based on 2020-22 levels. The other group of developing countries, which includes India, Pakistan, Iran, Iraq and a few other oil economies such as Saudi Arabia and Kuwait, have until 2047 to make an 85% reduction in HFC use compared to levels in the period 2026-28.

David Doniger, director of the Climate and Clean Air Programme at the Washington-based Natural Resources Defence Council said: "This is the biggest step we can take in the year after the Paris Agreement against the widening threats from climate change. And bringing HFCs under the Montreal Protocol sends a clear signal to the global marketplace to start replacing these dangerous chemicals with a new generation of climate-friendly and energy-efficient alternatives."

For most of the week, discussions at the conference centred around whether to let India, and some other countries, have more time to initiate action on HFCs. Agreement was reached following a final night of quibbling between India and the United States over several provisions in the draft. India insisted on a later baseline period of 2024-26 rather than 2020-22, which China and many others had agreed to. It was only after US secretary of state John Kerry had two rounds of talks with Indian environment minister Anil Madhav Dave on Friday that the US agreed to a proposal, which resulted in two different phase-out schedules for developing countries. Earlier in the week India had unilaterally announced it would eliminate the super GHG called HFC-23 immediately.

The Kigali Amendment comes just three weeks ahead of the next round of climate talks at Marrakech in Morocco where countries will resume work on the Paris Agreement to make it operational. Earlier this month, the Paris Agreement received the required number of ratifications and will enter into effect on November 4. It will have the fastest entry into force of any major international agreement.

Developing countries Group 1 (the biggest producers of HFCs, including China)

Amitabh Sinha is a Senior Editor with The Indian Express

Headlines last month that China was threatening to release large quantities of potent HFCs provoked anger amongst green groups. But is it as straightforward as is sounds? Meng Si reports.

The new agreement with the US on HFCs – a potent greenhouse gas – looks like a victory against China’s powerful chemical lobby. The reality is more complex 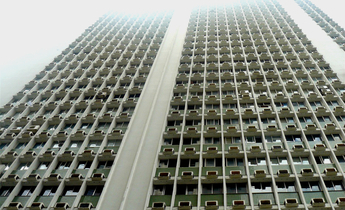 Countries get to grips with cutting super-polluting GHGs

Phasing down HFCs under the Montreal Protocol could avoid 0.5C of warming by 2100, writes US-based Institute for Governance & Sustainable Development 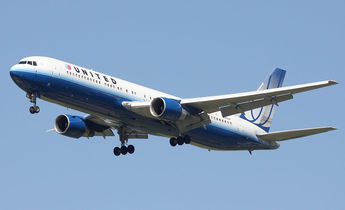 Around a quarter of global GHGs won’t be under the remit of a potential Paris agreement, while many sector-based initiatives so far have been unfit for purpose 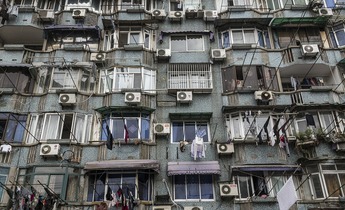 Two-week meeting in Vienna has paved the way for agreement later this year at high-level talks on the Montreal Protocol, writes Clare Perry 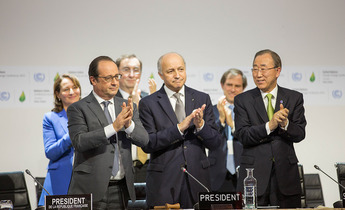