Poorly-defined laws on hazardous materials put nearby residents in danger. By He Linlin and a reporting team from China Youth Daily

He Linlin led reporting on the Tianjin disaster with a team from China Youth Daily and is the winner of chinadialogue's China Environmental Press Awards 'Best In-Depth Report' prize.

Regulations require a 1,000-metre gap between large or medium-sized stores of hazardous materials and public buildings. The explosion at the Tianjin chemical warehouse has focused attention on the implementation of this rule.

The rule was clear and binding when it came into effect in 2001 as part of the Requirements and Technical Standards for Hazardous Chemical Firms. However, it was subsequently weakened, and the reasons for setting the limit at this distance called into question.

The rule came into force on May 1, 2001, in Article 6 of the Requirements and Technical Standards for Hazardous Chemical Firms (GB18265-2000), which read:

“There must be a distance of at least 1,000 metres or more between large and medium sized stores of hazardous chemicals and public buildings, major transportation (road, rail and shipping) routes, and industrial or mining companies.”

“All technical content of this standard is mandatory,” stated the document’s introduction.

The first document to touch on the issue was a 1995 circular on the safe storage of hazardous chemicals, which said that in principle such materials should, “not be stored in cities,” but at a safe distance from, “public buildings, major transportation routes and power lines.” However, no specific distance was set.

At the time there were a number of bureaus with responsibility for chemical industry standards – for example, the China Administration of Work Safety, founded in 2001, was responsible for workplace safety; and the State Oil and Chemical Industry Bureau, established in 1998 and formerly the Ministry of the Chemical Industry, was responsible for the management of chemical companies.

The State Economic and Trade Commission led efforts to standardise management of chemical firms. In 2002 the State Council issued new regulations on the safe handling of chemical products, stating that “safety distances around factories or warehouses must meet national standards or the relevant regulations”.

The commission later issued its Management Method for Licensing Hazardous Chemical Operations, in which the 1,000-metre distance was specifically referred to as a precondition for setting up such a firm, and as a part of safety assessments.

But holes in this “mandatory” system soon appeared. Reforms in 2003 saw the State Economic and Trade Commission dissolved, with its work parcelled out to the new State-owned Assets Supervision and Administration Commission, the National Development and Reform Commission and the Ministry of Commerce. The China Administration of Work Safety was retained, becoming directly subordinate to the State Council.

This provides a detailed list of items to be checked during safety assessments, and though the document refers to the previous requirements, a loophole regarding the 1,000-metre safety zone was introduced.

The guidelines divide items to be assessed into two lists: A and B. Requirements on List A must all be met, otherwise the assessment is failed. But an assessment can still be approved if a minimum of List B requirements are met. The 1,000-metre safety zone is on List B, so even if that requirement is not met a project can still be regarded as passing its assessment.

The description of the safety zone is also adjusted, with the addition of language that allows for also “taking measures to ensure safety” if the distance is less than 1,000 metres.


Regulation set a single and tough standard of 1,000 metres, in reality this is rarely applied

In a 2012 revision of the China Administration of Work Safety’s Management Method for Licensing of Hazardous Chemical Operations, it was no longer specifically necessary for new firms to meet the Requirements and Technical Standards for Hazardous Chemical Firms. There was now more general language: “the distance between storage facilities and relevant sites, infrastructure and areas shall meet the requirements of the relevant laws, regulations, rules and standards.”

So at this point the document setting the requirement for a 1,000-metre safety zone was mentioned in only one article of the Guiding Principles for Safety Assessment of Work Units Handling Hazardous Chemicals.

Although the Requirements and Technical Standards for Hazardous Chemical Firms set a single and tough standard of 1,000 metres, in reality this is rarely applied.

Miao Wei, Minister of Industry and Information Technology, said at the 6th Meeting of the Standing Committee of the National People’s Congress that, after the Tianjin explosion, China’s provinces had submitted plans for relocating of changing the operations of firms handling hazardous chemicals. These plans affected over 1,000 firms and would cost 400 billion yuan (US$61 billion).

Zhao Laijun, a professor at Shanghai Jiaotong University’s Sino-US Global Logistics Institute, researches the management of transportation of hazardous chemicals. He said that in 2014 he was invited to speak on management of the hazardous chemicals sector by the safety authorities in a northern Chinese city, where he learned that hardly any local warehouses were observing the 1,000 metre requirement.

One safety assessment official from southern China told China Youth Daily that local land shortages meant the 1,000 metre requirement was not taken seriously, and that the limit itself had always been controversial.

Land shortages meant the 1,000 metre requirement was not taken seriously

In 2008 the State Administration of Work Safety’s Hazardous Chemical Department and the Ministry of Public Security’s Firefighting Bureau formed a joint investigation group composed of a Chinese association of warehousing and storage, the China Chemical Safety Association, the Ministry of Public Security’s Tianjin Fire Research Institute, and the China National Hardware Electric and Chemical Products Commercial Association, one of the original drafters of the 1,000 metre standard.

The group produced a report, The Current State of Hazardous Materials Storage in China.

The group visited 12 hazardous chemicals warehouses. Only one, in a tank storage facility, met the requirement for a 1,000-metre safety zone.

According to the report, the 1,000 metre requirement and another for a 500-metre distance between outlets selling hazardous chemicals and “busy areas and densely populated locations,” are widely breached. It concluded that business owners regarded the two rules as unreasonable.

The report said that safety officials in Ningbo and Shanghai found it hard to meet these requirements, which they regard as unrealistic. Even new storage facilities or retail outlets struggle to find locations which comply with the rules.

The group met with one of the drafters of the original rule to find out why. He said the 1,000 metre rule was intended to apply to facilities storing large quantities of explosives. One member of the investigation group told the China Youth Daily that there should be different standards for different types of chemicals – the 1,000 metre rule is not specific enough.

“Although it might have been intended for stores of explosives, it’s not much use if you don’t say that in the standard. What’s in the standard is a single 1,000 metre rule,” he said.

According to the same source, there is a lot of debate over the rule within the industry.

The 1,000 metre rule is at least clear and specific – but other standards are fuzzier.

But hazardous materials fall into one of nine categories, each with a different level of danger. According to a national standard document identifying risks associated with hazardous chemicals, only 0.75 of a tonne of some chemicals represent a major risk, while others can be stored in quantities of up to 200 tonnes before the same level of risk is reached.

Meanwhile, fire prevention assessments identify five different categories of warehouse, according to the nature and flammability of materials stored.

“In some cases the 1,000 metre rule isn’t tough enough, but where explosives and toxic materials aren’t involved it may be too strict and is therefore hard to enforce. And some companies may use this as an excuse to ignore the rule,” according to one safety assessment official.

Professor Zhao Laijun pointed out that it is too vague and unscientific to have a single 1,000 metre limit for storage facilities ranging in size from 550 to over 9,000 square metres.

Also, the 1,000 metre rule applies to “public buildings, major transportation routes, and industrial and mining companies”. None of these are defined, and residential buildings go unmentioned. By contrast, a standard for the storage of demolition materials sets different rules according to quantities stored, density of nearby populated areas, and the class of nearby roads.

This lack of clarity means that some companies can pass safety assessments by using rules in fire prevention standards which allow a distance of only 50 metres between a Category A warehouse and a high-rise residential building, thus avoiding the 1,000 metre requirement.

Professor Zhao pointed out that the fire prevention standard does not take into account the nature of chemical risks, such as leaks or pollution, which means those documents should not be applied when assessing the safety of chemical storage.

He added that although residential buildings are not mentioned, these will be more densely populated than public buildings, and so standards should be even tougher.

Liu Mao, a professor at Nankai University researching urban public safety and risk analysis, says that fire prevention standards should not be used in these cases.

“Safety assessment bodies and the safety authorities should treat different chemicals differently, analysing the safe distances for various types of risk. Safe distances should be higher for explosives or more toxic materials.”

Liu added that there should be more detailed rules on safe distances.

“If the regulations are vague the companies will find loopholes to exploit,” he said.

In late September 2015 a source reported online that over 10,000 tonnes of chemical waste were buried under a pig farm in Jingjiang, Jiangsu province in eastern China. Beijing Youth Daily reporter Li Xianfeng was the first to find the source, gather first-hand evidence and gain access to the, now-sealed off, farm to verify it.

Editor's Note: After the Tianjin explosion Lu, He and Liu travelled to, respectively, the port cities of Shanghai, Qingdao and Ningbo. Their investigations were compiled by He Linlin into a series of articles examining safety zoning for chemical storage facilities, and how companies handling such materials operate overseas. Liu Xing was in charge of overall planning and coordination.

He Linlin is a reporter at China Youth Daily.

Liu Xing is a reporter at China Youth Daily.

Lu Yijie is a reporter at China Youth Daily. 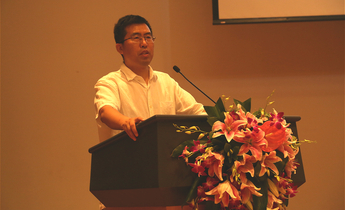 To mark the 2016 China Environmental Press Awards, Liu Jianqiang explains why supporting investigative reporters is more important than ever

As Tianjin deals with aftermath of explosions, residents demand answers

Will the Chinese public be persuaded that PX factories are safe?

Protest against the proposed relocation of a chemical plant in Shanghai is the latest sparked by fears of paraxylene, a highly flammable chemical used to manufacture polyester