For the thousands gathered in Paris for the international climate change negotiations, China’s role in causing and combating climate change is one of the most hotly debated topics.

Earlier this year, the Chinese government publically committed to achieving “the peaking of carbon dioxide emissions around 2030”, and to making its “best efforts to peak early”. However, the vast majority of formal modelling studies of China’s future emissions find that for the country to peak by 2030, there must first be profound changes in climate and energy policy, leading many to doubt whether this commitment can be achieved.

A number of Chinese and international analysts, including Jiang Kejun at the Energy Research Institute and Ross Garnaut from the University of Melbourne, have argued that Chinese emissions are likely to peak before 2030. So why is there such disagreement, and who has the better grasp of the argument?

First, it is necessary to understand what has been driving Chinese emissions up, as well as how these variables are handled by modelling studies. From 2000–2013, China’s greenhouse gas (GHG) emissions accelerated steeply. During this time, China’s economic model was marked by double-digit annual GDP growth and an exceptionally high investment share of GDP. This investment was largely directed toward property construction and heavy manufacturing industries that use large amounts of energy (e.g. steel, cement, aluminium); and an electricity system supplied mainly by coal-fired power stations.

The major driver of Chinese emissions has, therefore, been the industrial sector. When emissions from electricity production are attributed to the sector that consumes the electricity, that sector is responsible for 65% of emissions growth in China since 2000. China’s economy is unusual in this regard: industry plays a much larger role compared even with countries of comparable wealth per capita.

While many analysts think that this industry-heavy economic structure is not sustainable and that the Chinese economy will transition to a less industry-intensive structure—with hugely beneficial impacts for Chinese emissions—this kind of macroeconomic shift is difficult to model.

Most models used in climate policy assessments contain a large amount of detail on technologies for energy production and consumption, but take economic inputs largely as given. A recent paper by Michael Grubb and colleagues undertook a comprehensive review of modelled emissions scenarios for China.

The study found that most scenarios assume that technology has to do the bulk of the work in reducing Chinese emissions, through more energy efficient appliances and low-carbon energy supply.

However, by definition these models often exclude the possibility that the Chinese economy will transform in the coming decades. For example, the review found that the median estimate from these modelling scenarios for industry’s share of China’s energy demand in 2050 was over 50%. A huge number. This is at least 10-20 percentage points above industry’s share in countries of comparable income. This modelling precludes the potential that Chinese economic structure could be significantly different in 2050 compared with today.

Accordingly, the models do a poor job of predicting future emissions were China to experience significant and rapid structural economic changes.

The analysts who argue that China will peak its emissions early, by contrast, emphasise that China is undergoing a large-scale, rapid, and multidimensional shift in its economic structure. At the same time, China’s energy supply is becoming less emissions-intensive. This is the bone of contention between the modellers and the analysts.

Among the analysts camp, Green and Stern point to the unsustainability of China’s old economic growth model.

As they note, the central government has acknowledged the many problems and articulated a new growth strategy. They highlight data from 2014–15 that demonstrate the extent of structural change already occurring in China, which in their view has set the tone for the next decade.

The heavy industry-based growth model that prevailed in China from roughly 2000–2013 proved unsustainable in every possible sense. The environmental destruction—resulting in toxic air pollution estimated to kill 4,000 people per day—was untenable. But it was also unsustainable in an economic and financial sense.

As demand in the construction and heavy manufacturing sectors slowed and approached saturation point, continued investments by local governments and state-owned enterprises into those sectors has caused large accumulations of excess capacity. This means much capital was invested in unproductive assets generating weak returns. Since these unproductive investments were fuelled by debt from state-owned banks (total debt in the Chinese economy quadrupled from US$7 trillion in 2007 to US$28 trillion by mid-2014), China now faces a chronic problem of poor performing loans in its financial sector.

China’s new generation of leaders, which came to power in 2013, were quick to recognise these fundamental challenges and to articulate a new growth strategy for China. This new strategy —summarised as “better quality growth” — recognises that China’s growth rate must slow if China is to create a sustainable economic foundation, and transition toward an economy based on domestic consumption and on fostering more productive, higher-value industries in services and innovative sectors.

In the last two years, China’s economic structure has changed significantly. The GDP growth rate has fallen steadily from more than 10% in 2010 to less than 7% in the third quarter of 2015 (unofficial forecasts are even lower), as the construction boom slowed. Heavy industrial production in sectors such as steel and cement levelled-off and then fell significantly in the first three-quarters of 2015, while the service sector expanded.

At the same time, China’s intra-industry energy conservation efforts continued to improve the energy efficiency of Chinese industries, and there were large expansions in non-coal energy sources (both capacity and actual electricity generation). Cumulatively, the effect has been profound: after growing 8-9% per year from 2000–13, China’s coal consumption stopped growing in 2014 and has fallen strongly in the first three quarters of 2015—by more than 5% year-on-year.

It could be that 2014 was the peak year in China’s CO2 emissions. We will not know for some time, but even if China’s emissions grow over the next decade, it is much more likely that growth will be flat and not the steep growth as projected in most modelling scenarios.

China’s leaders have confirmed that the official GDP growth target for the next five years will be 6.5%, though some suspect it will drop further. Economic activity will continue to shift away from heavy industrial investment and towards domestic consumption, services and higher-tech manufacturing. Energy efficiency will improve, meaning we can expect continued strong declines in the energy intensity of China’s growth. There’s good reason to expect the expansion of non-coal energy and a slow-down in overall energy demand—namely, China’s drive to reduce local air pollution and to create new sources of industrial growth through solar, wind and nuclear.

There are, or course, political, economic and administrative challenges that threaten to complicate this transition. Concerns from local officials and vested interests about falling aggregate demand, job losses and capital write-downs in old industries might slow government reforms and constrain the reallocation of labour and capital to growing sectors. Cheaper coal and a glut of coal-fired power stations could tempt local authorities and enterprises to ignore central mandates and establish coal conversion industries or provoke a resurgence in coal-fired electricity generation.

In a low energy-demand environment, competition for priority grid dispatch among high- and low-carbon electricity generators will intensify and grid operators could favour the former, despite the central government’s recent international pledge to prioritise the latter. China’s forthcoming 13th Five Year Plan provides a critical opportunity to design strong policies in these areas and increase enforcement capabilities to ensure risks are minimised.

Nonetheless, even if risks were to emerge, it is virtually unfathomable that China’s growth model, and its associated pace of GHG growth, will return to that of 2000–13. Despite what many of the models project.

Fergus Green is a policy analyst and research advisor to Nicholas Stern at the London School of Economics.

Thomas Spencer is research fellow in climate and energy economics at the Institute for Sustainable Development and International Relations (IDDRI). 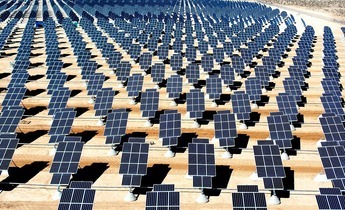 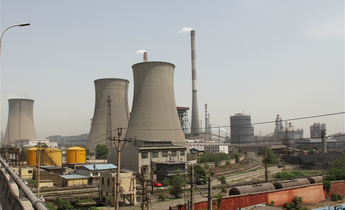 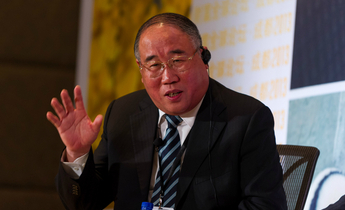 What is China's position at Paris climate talks?

Just days before the Paris summit, Chinese climate envoy Xie Zhenhua set out the country's position on the key issues 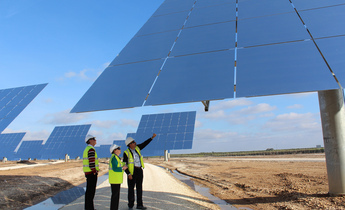 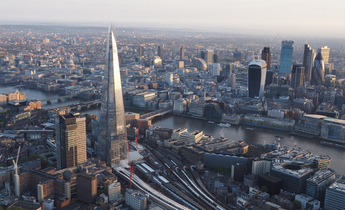 Financing the transition to a low carbon economy

Nick Robins, co-director of UNEP Inquiry, explains why the financial sector has a historic opportunity to shape a green economy