China’s aim to increase its share of renewable energy generation to combat environmental problems, such as smog, could be held back by the country’s economic slowdown and continued expansion of coal-fired generation.

Falling demand for electricity, and the construction of new coal and gas-fired power plants may result in increased competition in China’s electricity market and squeeze out some supply from renewables, experts warn.

In total, 80GW of coal and gas-fired power will be built this year, according to government figures, new capacity that will drive down power prices further and make it more difficult for renewables projects to be profitable despite the feed-in-tariffs aimed at making them competitive.

A report published by Greenpeace last week said 155 coal-fired power plants had been approved up to September this year, more than the whole of 2014, a further sign that surplus power capacity will pose major challenges to the government’s plans for a greater roll-out of renewables.

If this expansion continues, China “will see even more excessive competition (from coal) in power markets, which will be extremely detrimental for renewable energy sources such as hydro, wind and solar,” said Zhou Dadi, a researcher at the State Council’s Energy Research Institute, at a renewable energy conference in early November.
The trends are a problem for China’s policymakers and planners as they ready the 13th Five Year Plan, which aims to curb the use of coal and shift to renewables, combat smog and put the country on track to peak carbon emissions by 2030 or before.
Green dispatch
China has committed to generating 15% of all primary energy to from non-fossil sources by 2020, 10% from natural gas, and no more than 62% from coal. By 2030, the figure for wind, solar, hydro and nuclear, is intended to rise to 20%, but that will require these sources to be increasingly competitive with coal.
The worry is that utilities, which invested heavily in new coal-fired power during periods of fast economic growth, will ensure that these sources get preference on China’s grids, hindering the ability of renewables to expand their share of the energy mix.
To address some of these problems, China is trying to establish a “green dispatch” system that will remove incentives to coal-fired power stations, and make renewables more competitive.
'Mine-mouth' coal power
But China’s state grid and the big utilities remain strongly tied to coal, showing the paradoxes of the country’s energy policy. A government plan announced last year envisaged 14 coal mining clusters, with capacity of 100 million tonnes each for Shanxi, Shaanxi, and Inner Mongolia.
These huge mines will feed power plants close by that will export large amounts of electricity to heavy-populated eastern provinces. The new coal projects will result in wasted investment and economic losses, Zhou points out.
“Such construction needs to be limited. Stop anything that can be stopped, delay anything that can be delayed,” he said.
In 2013, China had 75.48GW of wind power and 19.43GW of solar power installed – the first and second highest in the world, respectively, pointed out Zhang Yunzhou, director of the State Grid’s Energy Research Institute. But making full use of these sources is a major problem, he adds.
Revamped subsidies needed?
In 2013, 16.2 billion kilowatt hours of wind power was wasted through so-called curtailments, which occur when the grid is unable or unwilling to give renewables access instead of coal. Nationwide, renewable energy sources account for less than 5% of total power use and with the rate of growth in demand for power slowing in 2015, large amounts of wind and solar power aren’t getting access to the grid.
Hydro is also at risk of being crowded out by cheaper coal-fired power, said Zhang Boting, deputy secretary of the China Society for Hydropower Engineering.
Pressure is thus mounting for renewables to be given more generous subsidies at times that coal-fired electricity prices fall, but this would be a direct challenge to the large amounts of coal-fired capacity being added to the grid, and the utilities that run them.

OPINION: World benefits if China and IEA can work together

China should become a full participant in the work of the International Energy Agency, says the organisation's new head Fatih Birol 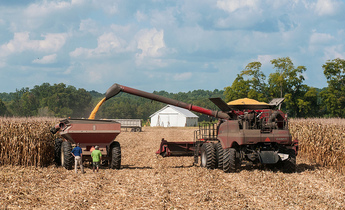 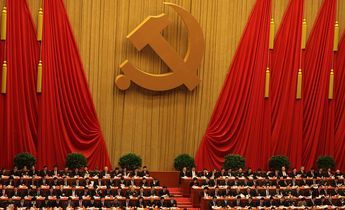