China Development Bank (CDB) has an opportunity to become the world’s most important climate bank, driving the transition to the low-carbon economy.

CDB supports Chinese investments globally, often in heavily emitting sectors. Some 70% of global CO2 emissions come from the buildings, transport and energy sectors, which are all strongly linked to infrastructure investment. The rules applied by development finance institutions like CBD when making funding decisions on infrastructure projects can therefore set the framework for cutting carbon emissions.

CDB is a major financer of China’s Belt and Road Initiative, the world’s most ambitious infrastructure scheme. It is the biggest policy bank in the world with approximately US$2.3 trillion in assets – more than the $1.5 trillion of all the other development banks combined.

Partly as a consequence of its size, CDB is also the biggest green project financer of the major development banks, deploying US$137.2 billion in climate finance in 2017; almost ten times more than the World Bank.

This huge investment in climate-friendly projects is overshadowed by the bank’s continued investment in coal. In 2016 and 2017, it invested about three times more in coal projects than in clean energy.

The bank’s scale makes its promotion of green projects particularly significant. Moreover, it has committed to align with the Paris Agreement as part of the International Development Finance Club. It is also part of the initiative developing Green Investment Principles along the BRI.

This progress is laudable but CDB must act quickly if it is to meet the Chinese government’s official vision of a sustainable BRI and align itself with the Paris target of limiting global average temperature rise to 2C.

In its latest report, the climate change think-tank E3G has identified several areas where CDB could improve, with transparency high on the list.

The report assesses the alignment of six Asian development finance institutions with the Paris Agreement. Some are shifting away from fossil fuels. The ADB (Asian Development Bank) has excluded development finance for oil exploration and has not financed a coal project since 2013, while the AIIB (Asian Infrastructure Investment Bank) has stated it has no coal projects in its direct finance pipeline. The World Bank has excluded all upstream oil and gas financing.

In contrast, CDB’s policies on financing fossil fuel projects remain opaque. A commitment to end all coal finance would signal the bank is taking steps to align its financing activities with President Xi Jinping’s high-profile pledge that the BRI would be “open, green and clean”, made at the second Belt and Road Forum in Beijing in April 2019.

CDB should also detail how its “green growth” vision will translate into operational decisions. Producing a climate-change strategy would set out how the bank’s sectoral strategies will align with its core value of green growth.

CDB already accounts for emissions from projects financed by green bonds. It should extend this practice to all financing activities. The major development banks have already developed a harmonised approach to account for greenhouse gas emissions, which could be a starting point for CDB.

One of the key functions of development finance institutions is to mobilise private finance. CDB has been successful in this respect, for example providing long-term capital to develop the domestic solar industry. This was one of the main drivers lowering solar costs by 80% between 2009-2015.

However, the extent to which CDB has been successful in mobilising capital outside China has been more limited; in 2017, almost 98% of net loans were on the Chinese mainland. If CDB can repeat its success in mobilising capital into green industries in BRI countries, it will play a key role in driving the zero-carbon and resilient transition. 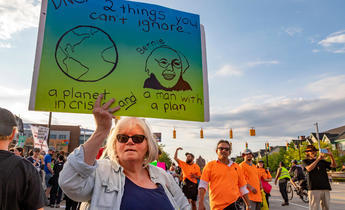 US Democrats battle for climate credibility

There are big differences between the major candidates’ plans to reduce emissions, writes Tan Copsey 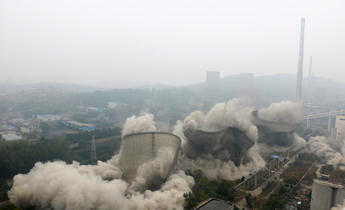 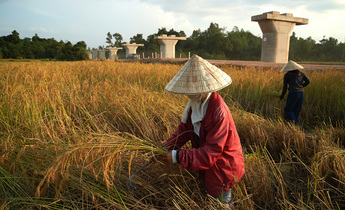 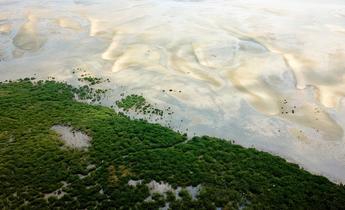 Global biodiversity talks in China this year will highlight nature-based solutions that could meet one-third of Paris Agreement climate goal by 2030.