As the US boycotts the New York climate summit, John Holdren explains why a change in leadership is needed to restore US-China climate cooperation

To boost ambition and accelerate actions to implement the Paris Agreement, the UN secretary general António Guterres is hosting a “climate action” summit in New York on 23 September. It will bring together government, the private sector and civil society to develop ambitious solutions to meet the climate challenge. As the world’s largest greenhouse gas emitters, the US and China’s actions at home and abroad, and their participation in multilateral mechanisms, are crucial.

John Holdren is a professor of environmental policy at the Harvard Kennedy School, professor of environmental science and policy in Harvard’s Department of Earth and Planetary Sciences, and former science adviser to President Barack Obama. He devoted a good part of his career to energy and climate change research and played a major role in shaping the Obama administration’s climate change policy. Obama called him “one of the most passionate and persistent voices of our time about the growing threat of climate change”.

In an exclusive interview with China Dialogue during a recent visit to Tsinghua University in Beijing, Dr Holdren talked about the current setback between the US and China in climate cooperation and what still can be done to address the global challenge.

China Dialogue: Since last year, many grassroots movements calling for climate action have taken place in the US. Does that bring any change on the political level?

John Holdren: After President Trump announced that the United States would withdraw from the Paris Agreement, there quickly emerged a movement called America’s pledge with the motto “We are still in”, meaning still committed to meeting the commitments the United States had made. It reflects the widespread agreement among the American people that climate change is a serious problem.

I think the movement is having a political impact. Though President Trump continues to deny that climate change is real, there is increasing recognition in the Congress that it needs to be addressed. And many of the Democratic candidates for our 2020 presidential election have released for the first time in American political history detailed plans and commitments that they would execute on climate change if they were elected president.

There is much attention on China’s climate actions. Are you concerned that China’s coal consumption is showing signs of rebound in the past one or two years?

It is difficult to judge from short-term changes whether they are a trend or just a fluctuation, because many factors influence how much of the various fossil fuels each country burns each year. We will have to wait and see. But I am optimistic that China’s emissions from coal burning will go down. And ultimately, China’s total greenhouse gas emissions will peak and then start to decline.

It is fortunate that China remains committed to reducing its greenhouse gas emissions and is still, on the national level, determined to meet its commitments. And that is in part because Chinese leaders recognise that climate change is already harming China. Countries should realise that agreeing to address the climate change challenge with serious measures is not an act of altruism, but in their self-interest to protect themselves from the worst consequences of climate change.

What do you think of “clean coal”, which is much talked about by the coal industry in both China and United States?

I don’t think it is possible to have anything that remotely deserves the label “clean coal” unless carbon dioxide is being captured, and not released to the atmosphere. Even so, coal would not be absolutely clean: there would still be environmental impacts from coal mining, transport and combustion.

I think there will be a transition away from coal ultimately. At the same time, there is interest in developing and deploying technologies that would capture carbon dioxide from coal being burned in the process of a transition to energy sources that are cleaner by nature, like renewable energy sources and nuclear energy. And ultimately, we will need national and a world energy system that relies entirely on the sources that do not release any CO2.

How do you see the role of nuclear energy in addressing climate change?

My support for expanding nuclear energy is conditional. We need innovation to make it both safer and less expensive if we are going to get a significant contribution from it. Nuclear waste needs to be managed successfully. And we need to manage nuclear technology to drastically reduce the chance that it will be used to provide additional nuclear weapons.

If those challenges are surmounted, then we can get a contribution from nuclear energy that would be helpful in addressing climate change. But it is not the way to go. We also need other things. We need to increase the energy efficiency of our cars, aircraft, factories and buildings; we need less expensive and more efficient renewable technology; we need better electricity grids that can distribute the energy provided by renewables where demand is the greatest.

Do you think there is a leadership void since President Trump’s decision to withdraw from the Paris Agreement?

China has become the biggest deployer of renewable energy in the world, including not only hydropower but also wind and solar. That is an important form of leadership in deploying the cleanest energy technologies. Besides, China has been rapidly increasing its research and development on advanced technologies, faster than the US has been increasing its investment in that domain.

Most importantly, China’s political leaders continue to embrace the idea that meeting the climate challenge with sensible policies is an important thing to do, beneficial to China and to the world. In the US, on the other hand, the federal government’s retreat has weakened the whole global movement toward controlling climate change. The contributions by individual states, cities, businesses and universities in the US are important, but they can’t entirely compensate for the absence of leadership at the top of the national government.

What will trade tensions between the US and China do to the international cooperation on climate?

First of all, China and the US have enjoyed good cooperation in a number of areas around the climate change issue. However, the current situation with tariffs and trade barriers is a menace to US-China collaboration in a wide variety of science and technology domains.

I hope that the current difficulties will be temporary and that, after 2020, we will end up with an administration that restores vigorous government-to-government cooperation on climate change between the US and China. It will be even harder to restore momentum in the effort to combat climate change if the lack of leadership on the United States side continues for another four years after 2020.

In your opinion, how should China demonstrate climate leadership in its flagship Belt and Road Initiative (BRI)?

We want to take seriously President Xi’s statements at the second international meeting on the BRI, in which he emphasised the importance of having a green character to the BRI. We would like to see the BRI focus on advancing clean energy technologies, such as solar and wind.

It would be unfortunate if the BRI ends up building many coal-fired power plants in other countries without carbon capture, given that many countries in the BRI project still want to build them. It is important that we promote the idea that those power plants should be built with carbon capture and sequestration.

It is often the case that countries prefer coal power plants because they are familiar with them. There is always resistance to changing to something new. I hope China and the various development banks will take measures to increase confidence and reduce risk in the use of renewable energy technologies, and that they will, to the extent necessary, subsidise the use of carbon capture and sequestration technology which is expensive now. We need to make it less expensive, and then we need to find ways to subsidise whatever additional cost it still has going forward.

There’s a key insight that has to be communicated: the benefits of limiting climate change by reducing emissions and building resilience and preparedness are far greater than the costs. We will save much more money than we will spend if we invest sensibly in climate change mitigation and adaptation. 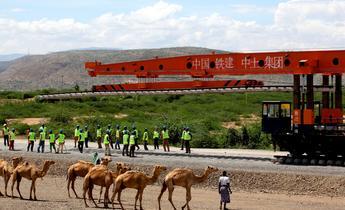 Belt and Road countries will make or break the Paris Agreement 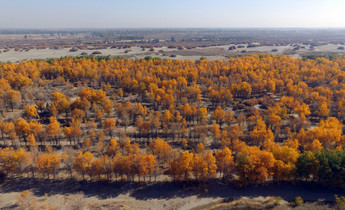 China is proud of its achievements during 40 years of planting forests, learning lessons that could aid the international effort to curb climate change 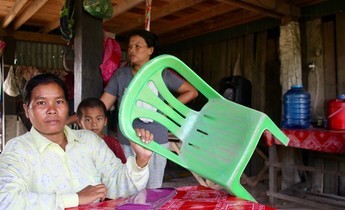 As it cleans up at home, China is exporting coal power equipment and carbon emissions

Our use of land is contributing to climate change and accelerating the damage caused by it, according to latest IPCC report 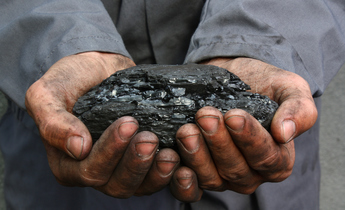 Why is Pakistan still pursuing coal?

Despite predictions that renewables will compete on price with fossil fuels by 2020, Pakistan remains wedded to China-backed coal power even as its citizens turn away