Campaigner Greta Thunberg and activists Extinction Rebellion have focused attention on aviation’s climate impacts, and a small but growing trend is taking hold

Does your summer holiday involve “flygskam”, or will you be taking part in “smygflyga”? Perhaps you want to be ahead of the pack and are attempting “tågskryt”?

Though the Swedish words may be unfamiliar to most, as public awareness of climate change has grown, an increasing number of people are openly talking about “flight shame”, “flying in secret”, and even “train bragging” on social media.

Flying is currently responsible for just over 2% of global emissions, but significant growth is projected, with the International Civil Aviation Organization (IATA) forecasting that by 2050 it could be responsible for 300-700% more carbon emissions.

Swedish schoolgirl and climate campaigner Greta Thunberg has highlighted the link between aviation emissions and climate change. Faced with a dilemma over how to attend next month’s UN climate summit in New York without flying, Thunberg has opted to sail aboard Malizia II, a 60-foot racing yacht fitted with solar panels and underwater turbines to generate zero-carbon electricity. The journey will take two weeks weather-permitting.

Global climate change activists Extinction Rebellion have also made headlines about the impact of aviation, threatening to hold up flights at London’s Heathrow airport with drones. The idea proved controversial and has now been officially dropped, though it warned that a number of its members may go ahead with the action independently.

Media attention on Thunberg and Extinction Rebellion has brought the issue to the forefront. According to Google Trends, which provides data on the relative popularity of search terms, flygskam was barely used prior to November 2018, but has been growing worldwide since, predominantly in Western Europe and Scandinavia, the US and Canada, and Australia.

Meanwhile, “tågsemester”, meaning train holiday, a Facebook page created by environmentalist Susanna Elfors to give people tips on how to shift from air to rail travel, now has 100,000 members.

Movements have formed within sectors, such as the “Noflyclimatesci” group, created by climate scientist Dr Peter Kalmus to allow people who have decided to fly less to come together. It is predominantly aimed at academics, for whom flying to speak at conferences has typically been part of the job, but members of the public have also joined.

“The website gives people who are conscientiously flying less out of climate concern a chance to tell their stories, shift the culture away from flying and fossil fuels, and feel less alone. Together we are trying to shift cultural norms. Fossil fuels cause real harm, and our norms should reflect this,” Kalmus says.

The website currently has around 300 academics, including 75 earth scientists and 150 members of the public, mostly from Europe. “It is growing faster than I can keep up!” Kalmus says. “After a major article mentions the site we can get dozens of new signups in a day.”

The movement is making more people realise how urgent the issue of climate breakdown is, Kalmus says. “If no one acts like it’s a crisis, the public won’t realise that it is. Flying less is a good example of responding with appropriate urgency.”

Mark Smith, also known as the Man in Seat 61, runs a website helping people find information on rail travel all over the world. He says he has noted a definite change in users of his site.

“When I started in 2001, the typical user was medically restricted or afraid of flying, or they specifically liked train travel.”

“Now they typically say two things: they are fed up with the budget airline experience and they want to cut their carbon footprint. Those two things seem to go together, perhaps 80:20 in the average passenger, ranging to 20:80 in the dedicated eco-warriors,” he says.

However, the industry is not making this an easy choice, he says. “The travel industry would rather that you book flights, that’s what the computer in front of them will do. Agencies haven’t a clue about how to book trains. It’s all too difficult.”

The rail industry is at best doing nothing about this, and at worst, making things more difficult, he says. For example, they tend to advertise their most expensive fares, while airlines advertise the cheapest.

“The complicated part of booking rail travel is knowing which two or three websites you need to look at. Once you know that, it’s not difficult, and a lot of people are surprised at how cheap it is – there are bargains, such as Brussels to Prague for €20,” he says.

Another option for those concerned about the carbon footprint of their travel is offsetting. Passengers can choose to pay extra that will go towards a project reducing carbon emissions by around the same amount as that generated by their flight. Many airlines offer this, but it has not typically proved popular, with only around 1% of passengers taking it up.

Though some experts have labelled offsetting greenwashing, it is now on the rise, according to several companies selling offsets, including ClimateCare and Atmosfair. A spokesman for Swiss-based MyClimate, which offers carbon offsets for Lufthansa, Swiss airline Edelweiss, and Japan Airlines, says that growth has gone from around 15-20%, to 400% in the first six months of this year compared with the same period in 2018.

“The topic of climate protection, carbon footprint, flight shame – it is everywhere. People are discussing it with their families, and at work. But many people still want to fly, so they are looking for solutions,” he says.

One reason offsetting has not been common is that many airlines do not integrate it into the booking process, keeping awareness among passengers low, he believes. The participation rate of offsetting jumped to 5% among Edelweiss’ passengers when the airline offered it during booking. Other airlines doing the same could be a “gamechanger”, he says.

The aviation industry has its own carbon reduction plan, which aims to ensure that the industry’s growth is carbon neutral from 2020 through technological advancements in fuel and aircraft, and more efficient routing.

However, some governments are starting to take their own action on aviation. France has announced new taxes on plane tickets of up to €18 per flight, while Sweden added a charge of up to €40 on every ticket last year. The UK government is considering automatically including the cost of carbon offsets in ticket prices, though customers would be able to opt out.

The airline industry is not impressed with these actions. A spokesman for the International Air Transport Association (IATA) says: “The question is, what is the tax for? If that money was distributed to genuinely tackle aviation emissions, then we could support it, but governments are using industry as a scapegoat.”

Governments could spend the money on research and development for new aviation technologies if they really wanted to make a difference, he says.

Although growth in flying has slowed slightly in recent months, the industry blames global trade tensions and weakening business confidence. “We’re not seeing much of an impact from the movement to persuade people not to fly for environmental reasons,” the spokesman says.

Nevertheless, the industry is showing signs of nervousness. At a press conference following the French announcement, Willie Walsh, chief executive of IAG, which owns British Airways and Iberia, said: “I am not ashamed to be in this industry.” Ryanair chief executive Michael O’Leary said that there was a “very good case” to push back against the flight shame movement, insisting that the industry was meeting its environmental obligations.

Dutch airline KLM is running a “Fly Responsibly” campaign, which includes encouraging customers to offset their emissions, and even to replace short-haul flights with a train journey.

“It dominated conversations at the Paris Air Show and IATA’s AGM. It’s too early to tell if this is a long-term trend, but the signs are that the industry is worried,” he says. 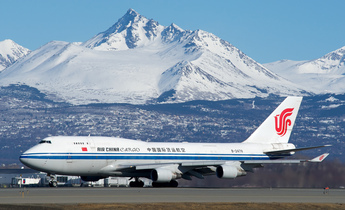 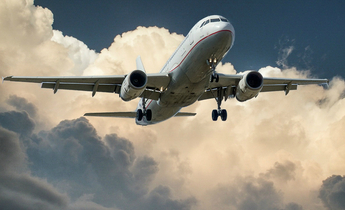 A scheme has been agreed but stabilising emissions without reducing passenger growth will be a challenge, writes Zhang Chun 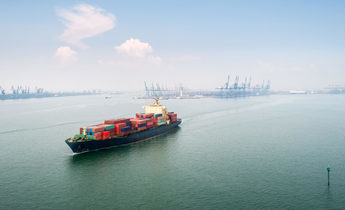 As the world’s largest exporter and shipbuilder, China could pave the way to a carbon-neutral global trading system 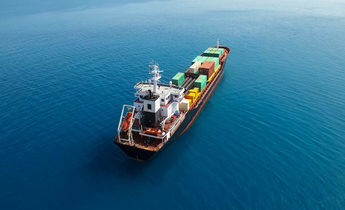 Many vessels could be worth little more than scrap if countries adopt ambitious goal to reduce coal, oil and gas use by mid-century 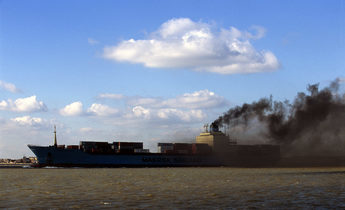 Should China protect its coastal communities with an international emission control programme?