Climate change could cost the country more than US$100 billion annually by 2100, writes Tan Copsey

The Friday after Thanksgiving is usually a day for chaotic shopping and gorging on leftover Turkey, but this year was a little different. In the early afternoon, the Trump Administration released a major new report, the National Climate Assessment, that describes how climate change will dramatically impact and alter America. Releasing it at this time should have hidden the report from press and public scrutiny, as its results stand in stark contrast to the policies pursued by Trump. But if this was the strategy, it backfired horribly. Instead, it began a new, national conversation about climate impacts.

The cost of inaction

The report, which includes input from 13 federal government agencies and contributions from more than 300 scientists, shows that Americans are already paying for climate change. It has made storms more damaging, heat waves deadlier, wildfires more common, allergies worse and some diseases more widespread.

These impacts are likely to get worse across the country. Depending on the region, Americans could experience an additional month or two of days with maximum temperatures above 38C by 2050. This severe heat will become commonplace in the south-east by 2100.

By this time, annual acreage burned by wildfires could increase by as much as six times in some places. This figure seems especially chilling as a series of fires have ravaged western parts of the country over the past few weeks, destroying the town of Paradise, and killing at least 88 people. The US spends an average of about US$1 billion annually to fight wildfires but spent over US$2 billion in 2015 due to extreme drought. Costs exceeded US$2 billion in the first eight months of 2017.

In some sectors, losses driven by the impacts of climate change could exceed US$100 billion annually by the end of the century. Andrew Light, of the World Resources Institute, one of the many who worked on the report, said: “there is essentially no sector of the US economy which will not suffer unless we get a handle on climate change pollution”.

Despite releasing the report, representatives of the federal government have questioned its results. President Trump said “I don’t believe the report”, while White House Press Secretary Sarah Huckabee Sanders incorrectly argued that the report was "not based on facts" but on "the most extreme modelled scenario, which contradicts long-established trends". The Environmental Protection Agency attempted to question the report by citing articles from the right-wing website The Daily Caller. This response has been widely ridiculed.

Why question the science? Because President Trump has weakened rules on greenhouse gas emissions, promoted fossil fuel use, and tried to reduce the fuel efficiency of US-made cars and trucks. All of these actions have increased the probability of the severe climate impacts the National Climate Assessment describes.

The report comes at an interesting moment in US climate politics. Democrats won control of the House of Representatives in early November, with climate change playing a major role in the election campaign. More than half of the new House members have refused to accept any money from the fossil fuel industry.

The election results are generally good news for climate policy. Democrats in the House are likely to immediately reform a select committee on climate change, which was abandoned when they lost control of the chamber to Republicans in 2011. The committee will grill Administration representatives on their inadequate response to climate change, as well as allegations of corruption inside both the Environmental Protection Agency and Department of Interior.

Some Democrats want to go further, sooner. Alexandria Ocasio-Cortez, from the party’s progressive wing, tweeted: “People are going to die if we don’t start addressing climate change ASAP” and “It’s not enough to think it’s ‘important.’ We must make it urgent”. She is pushing fellow Democrats to push for a “Green New Deal” with widespread investment in renewable energy. However, Democrats are unlikely to be able to push through policy at the federal level while Republicans hold the executive and Senate.

There is better news at the state level, where a dozen of the candidates who won governor races campaigned on plans to move their states away from fossil fuels and toward renewable energy. Governors in these states are likely to have a better shot at creating immediate change as most face less obstructive local political environments.

Tan Copsey is a Director at Climate Nexus, a strategic communications group dedicated to highlighting the impacts of climate change and clean energy solutions in the United States. 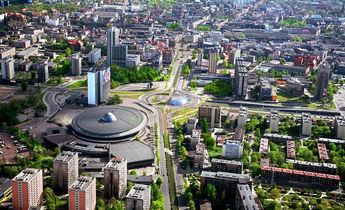 The next two weeks will see the most important discussions on global climate action since the Paris talks in 2015. Catherine Early reports 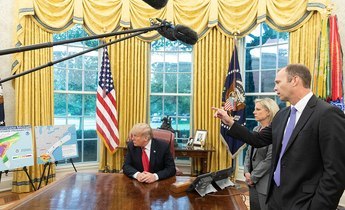 Democrats need big gains to take on a president who thinks the climate ‘will change back again’, writes Tan Copsey 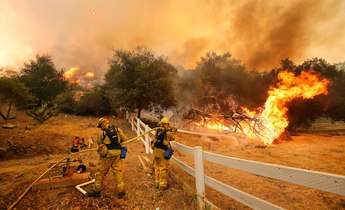 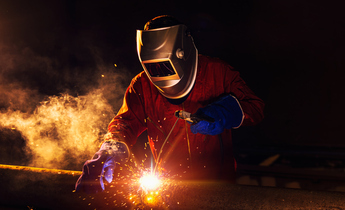 ‘In a trade war, everyone loses’