China could see big improvements in air quality, a reduction in carbon emissions and huge savings for business and households worth 32 trillion yuan (US$5.1 trillion) by 2030 if it moved to a circular economy, according to a recent report from the Ellen MacArthur Foundation.

As China’s economy grows people are consuming a lot more. In urban areas, the amount people spent increased four times in real terms from 1995-2014 to about 17,000 yuan (US$2,700) a year, says the report. This will grow even more as rapid urbanisation continues.

Like other economies, China needs to ensure that people can enjoy higher standards of living but without the high carbon emissions, resource usage and environmental costs that come with industry and consumption based on a “take, make and dispose” model.

This means moving to a system that eliminates waste and pollution from product design and which finds ways to use materials and products, like cars, more intensely.

To do this, the report says that China must focus on change in three urban systems: the built environment, mobility and nutrition – and two industrial systems: textiles and electronics. This would reduce air pollution from tiny particulate matter by 10% and greenhouse gas emissions by 11% by 2030.

China was one of the first countries to discuss a shift to a circular economy in 2002. However, rapid economic growth, a manufacturing economy and growing domestic consumption have led to severe environmental problems, not least air pollution.

In recent years, the government has focused on remedying these problems through stronger environmental governance and enforcement under the concept of “ecological civilisation”.

For example, under the 13th Five-Year Plan (2016-2020), China has increased its share of renewable energy, taken action to improve waste management by banning 24 categories of foreign waste imports, and introduced a framework for extended producer responsibility (EPR) to drive improvements in product design and recycling, says the report. Services like Meituan and Ele Me are under increasing pressure to cut packaging waste, reports Wang Chen 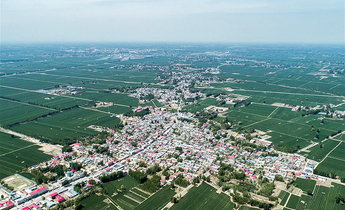 Is China’s ‘city of the future’ a replicable model?

Success of Xiong’an’s ambitious green experiment seems guaranteed but its strength may make it hard to emulate, writes Li Jing